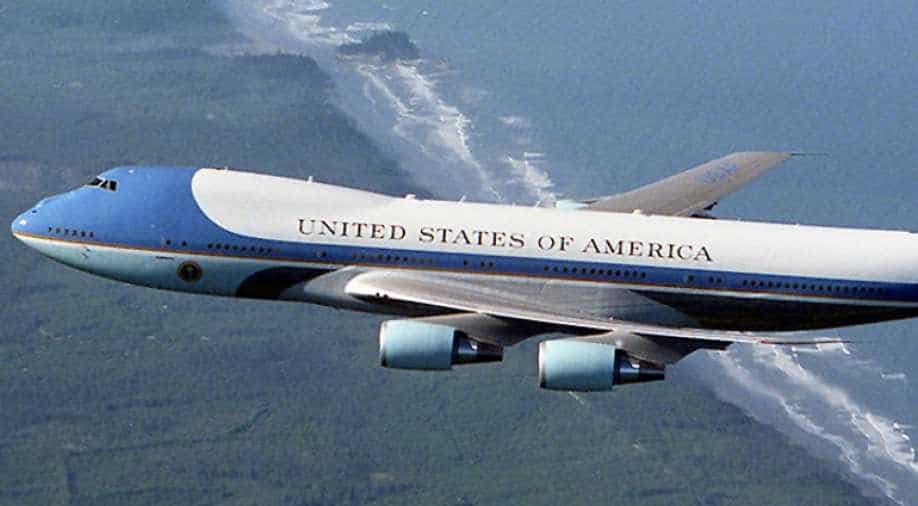 One reason the refrigerators cost so much is that Air Force One is a heavily modified and customized 747 jets, according to Defense One. Photograph:( Zee News Network )

Air Force One will be upgraded with two new refrigerators that will cost the United States taxpayers nearly $24 million.

In December, the US Air Force approved a $23.6 million contract with Boeing to replace two of the five "cold chiller units" aboard the aircraft used by President Donald Trump, reported CNN.

According to the Department of Defense (DOD) contract, the $24 million contract will cover the costs of engineering support services for the new chillers -- including prototype design, manufacturing and installation.

One reason the refrigerators cost so much is that Air Force One is a heavily modified and customized 747 jets, according to Defense One.

It is reported that the refrigerators and "many other items on the aircraft" are unique and not found on commercial or business aircraft.

Additionally, contractors that work on the presidential jet must also have high-level security clearances.

The $24 million price tag amounts to enough taxpayer money to fund an estimated eight weekends for the president at Mar-a-Lago in Florida's Palm Beach, where Trump visited 11 times in his first year as president, according to the media reports.