Ahead of COP26, here are 10 questions to understand climate change 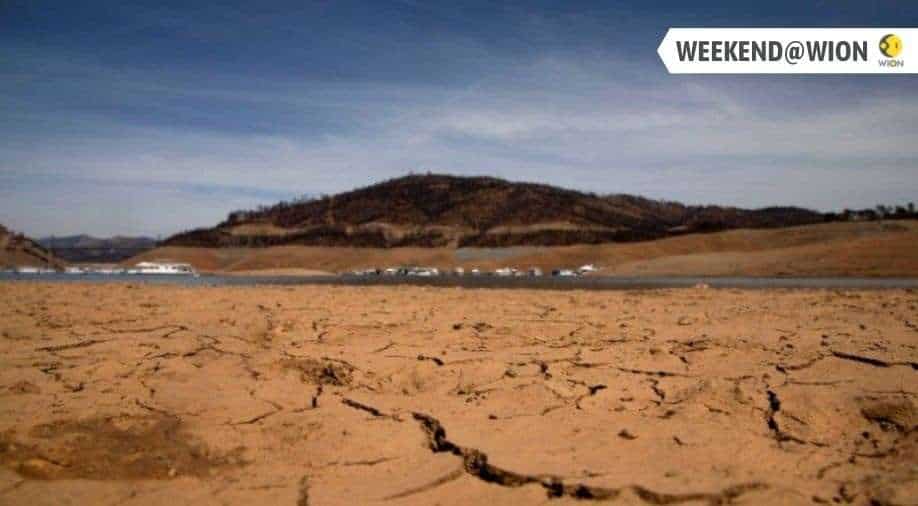 Climate Change is also a change in Earth’s climate: a change in its temperature. While weather can change in a matter of hours, climate takes hundreds or even millions of years to change

On November 1, leaders from around the world will gather at Glasgow for the biggest climate summit ever and the stakes could not be higher. Here’s a really simple guide about everything you need to know about the climate crisis.

1. What is climate change?

Climate is the weather of a certain area over a long period of time. But when it starts changing over time, it’s called climate change. This could be a difference in how much rain a place usually gets. Or the region could become drier. Storms can become more frequent and deadlier.

Climate Change is also a change in Earth’s climate: a change in its temperature. While weather can change in a matter of hours, climate takes hundreds or even millions of years to change.

2. Is the world getting warmer?

Yes. Scientists say the world is now 1.2 degrees Celcius warmer that it was in the 19th century. And we humans are to blame for it. This rise in the planet’s temperature is due to human activity of using oil, gas and coal for various purposes. Collectively, they are called fossil fuels. And when they burn, they release greenhouse gases (GHG), mainly carbon dioxide, methane and nitrous oxide. These gases trap the sun’s heat inside the earth’s atmosphere, causing the temperature of the planet to rise.

3. Why is this dangerous?

As Earth gets hotter and hotter, it affects your regular weather programming. So the world will experience more extreme climate events. Here are a few examples:

A hotter planet will also lead to rising sea levels due to melting ice. Rising sea level threatens to put island nations, coastal cities under water, displacing millions of people. Animals will find it harder to get food and water where they live. Scientists believe at least 550 species could be lost this century if action is not taken.

We need to slow down the increase of our planet’s temperature. Preferably to 1.5 C by the year 2100. Think of the planet as coming down with a fever. The hotter it gets, the worse it is.

COP26 stands for the Conference Of the Parties. It’s the annual conference of 197 countries who are part of the UN convention on Climate Change. This time, world leaders are coming together in Glasgow to bring out a more concrete plan to limit global warming, working on promises and goals set out in 2015, in what is known as the Paris Agreement.

The likely targets will be to agree on a plan to limit the rise in temperature to 1.5 C, new goals from countries to reduce carbon emissions by 2030, and $100 billion to be given to poorer nations to fight climate change.

6. What is the Paris Agreement?

The 2015 Paris Agreement was a landmark moment because it was there for the first time that almost all the world’s countries agreed to cut greenhouse gas emissions.

It was agreed that efforts would be undertaken to limit global temperatures rise to 1.5 C and a promise to achieve net zero emissions between 2050 - 2100. Each country had to set their own emission-reduction targets and review it every five years.

7. Have countries acted on their pledges?

There remains a substantial gap between what governments have promised to do, and the actions they have taken.

The US, the world’s biggest polluter, has promised to cut emissions of GHG by 50 -52% by 2030 compared to 2005 levels. China and Saudi Arabia have set targets to be carbon-neutral by 2060, but experts say this is meaningless unless action is taken now.

India, the world’s third biggest emitter of GHG after China, has declined from announcing a net zero target. In 2015, India committed to cutting the emissions intensity of its GDP by 33%-35% by 2030 from 2005 levels.

In all, over 120 countries have set some form of net-zero targets.

8. A brief segue: What is a net zero emissions target?

Think of it as a scale. On one hand, we have greenhouse gases that are not good for the planet and we have natural process (trees) which can offset them. So there needs to be a balance between GHG emissions produced and GHG taken out of the atmosphere.

’Net zero emissions’ means not producing more greenhouse gases than the environment can offset. But once we stop emitting GHG from fossil fuels, we still need to deal with the emissions that we have already put in the atmosphere over the years. The world has decades of past harm to repair.

9. What is the solution?

First, forget the existence of fossil fuels. The International Energy Agency says that there can be no new coal, oil or gas projects if the world wants to meet their net zero emission targets by 2050.

Fossil fuels are the largest source of GHG emissions.

Shifting to renewable energy is key. Solar, wind and renewable hydrogen do not emit GHG and it is clean, reliable and will become affordable with time. Read about what more you can personally do to combat climate change here.

It is still possible to limit global warming to 1.5 degrees Celsius. But it will require rapid, far- reaching transformations across every sector- from power, architecture, transport and agriculture. A target is only as good as the policies undermining it.

After decades of governments dragging their feet on tackling climate change, they have found themselves with a crisis that they cannot put off any longer. And with scientists waving red flags in our faces, it is time for governments to act.