Ahead of Brexit vote, EU says 'done all in our power' for 'orderly departure' 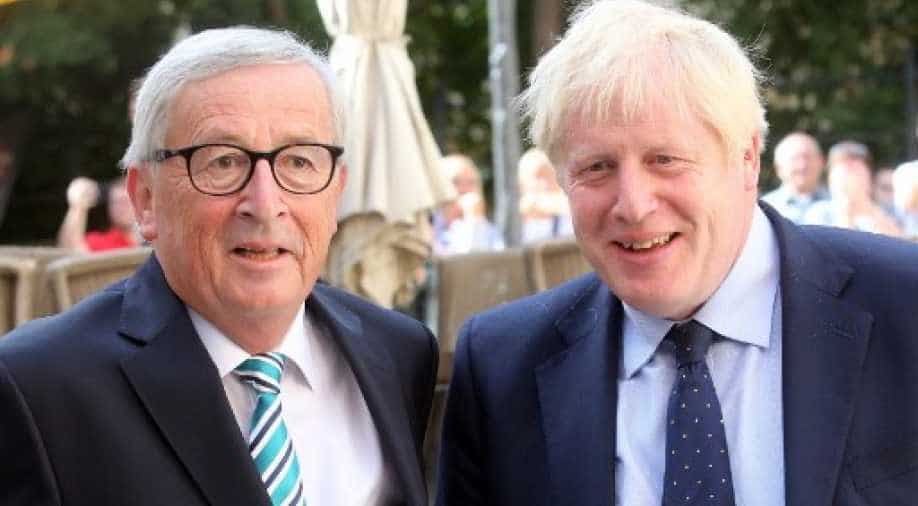 PM Johnson is battling to pull Britain out of the European Union as Parliament has repeatedly rejected his call for a no-deal.

As the British Parliament gets ready to vote on Brexit tonight, European Commission chief Jean-Claude Juncker said the European body had done everything it could to make sure UK's departure from the European body is "orderly".

Addressing the European Parliament, Jean-Claude Juncker said: "At least we can look ourselves in the eyes and say that we have done all in our power to make sure that this departure is orderly."

British parliamentarians will be voting today on the 115-page Withdrawal Agreement Bill and then vote on the government's extremely tight timetable for approving the legislation. Prime Minister Johnson has vowed to exit the European by October 31.

"We need now to watch events in Westminster very closely," Juncker said. "It's not possible, not imaginable that this (European) parliament will ratify the agreement before Westminster will have ratified the agreement," European Commission President Juncker added.

PM Johnson is battling to pull Britain out of the European Union as Parliament has repeatedly rejected his call for a no-deal. The United Kingdom had voted 52%-48% to leave the European Union in 2016, however, the path to Brexit has led to the resignation of two ministers - Cameron and Theresa May - with Johnson intent on walking out even if the 28-nation union offers no deal, a move bitterly contested by British lawmakers.

"It is obvious that the result of these consultations will very much depend on what the British parliament decides, or doesn’t decide. We should be ready for every scenario," Juncker told the European Parliament.

PM Johnson cannot afford a defeat of either vote tonight which is likely to delay his Brexit plan even as Brexit Party leader Nigel Farage told the EU parliament that another delay was on the cards.

Ahead of the vote in Parliament, the British pound fell from Monday's five-month peaks at $1.2936 Tuesday, down from $1.2960 late in New York on Monday as the country awaits the verdict on Brexit by lawmakers tonight.