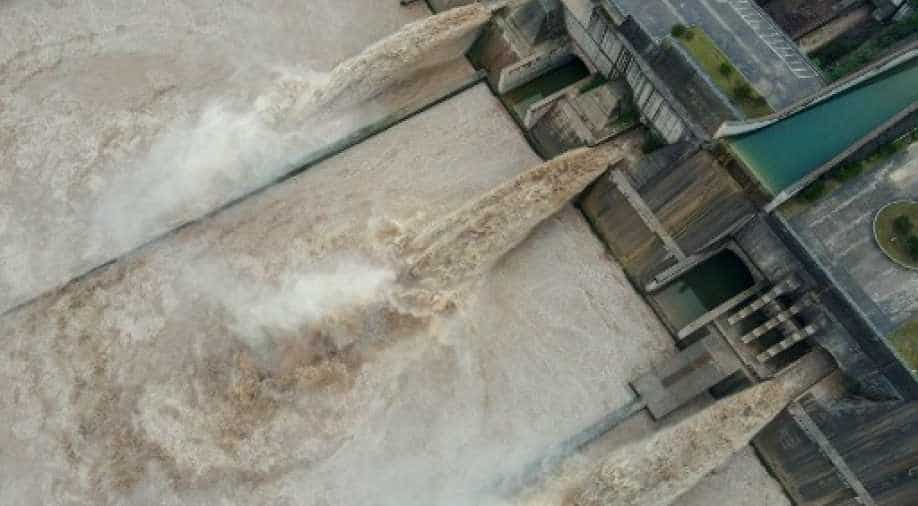 More than 140 people have either died or disappeared so far but the actual number could be much higher with at least 28,000 homes destroyed

China has been facing one disaster after another in 2020. The Wuhan virus is yet to slow down but China is staring at yet another crisis - worst floods in 30 years.

It happens every year but this time around it is far worse. On Monday, China blasted a dam to release the surging waters behind it with over 30 million people affected but is it a disaster that China could have avoided?

China has had a long history of floods and every year it seems to get worse. The fate of nearly 500 million people hangs in the balance with vast swathes of land inundated but those who live along the Yangtze river are the worst hit.

China’s biggest dam - the Three Gorges dam sits right on top of the Yangtze river and experts fear it could break. At least 500 million people live along the Yangzi basin and now they live under a shadow of fear.

The floodwaters have been testing the endurance of the dam. There is a fear that it may not be able to handle the rising water levels. The Three Gorges has been opening its gates to release the waters.

China has dismissed the concerns with officials defending the structural integrity of the dam. China’s state media echoes the same points. When the Three Gorges project was pitched, it was sold as the ultimate solution to some of China’s biggest problems.

China said it would generate power, boost irrigation, improve the navigability of rivers and protect homes from floods. Most Chinese bought the argument but now, they are staring at a calamity.

On Friday, Chinese authorities issued warnings as they expect more rains. The Three Gorges dam is hitting new flooding records. Last week, three flood gates were opened as water levels behind the gates rose more than 50 feet above the flood zone. Associated Press has reported that the Chinese military swung into action. They have been testing the strength of the embankments while shoring them up with sandbags and rocks.

Already, some cities have been flooded. On June, 29th the dam had discharged water in anticipation of the flood. Soon after that, downstream cities witnessed flooding. Residents in Wuhan and provinces of Anhui, Jiangxi and Zhejiang have been severely hit.

On Friday, they had received a red alert which is the highest level on the four-tier weather system as dam authorities faced questions they said that the flooding after discharge was due to poor drainage system.

More than 140 people have either died or disappeared so far but the actual number could be much higher with at least 28,000 homes destroyed, the economic damage is now close to $12 billion and it is not over yet.

The floodwaters have exposed the cracks within China's flood control systems.