After Utah, the metal monolith has now disappeared from Romania. Where could it appear next? 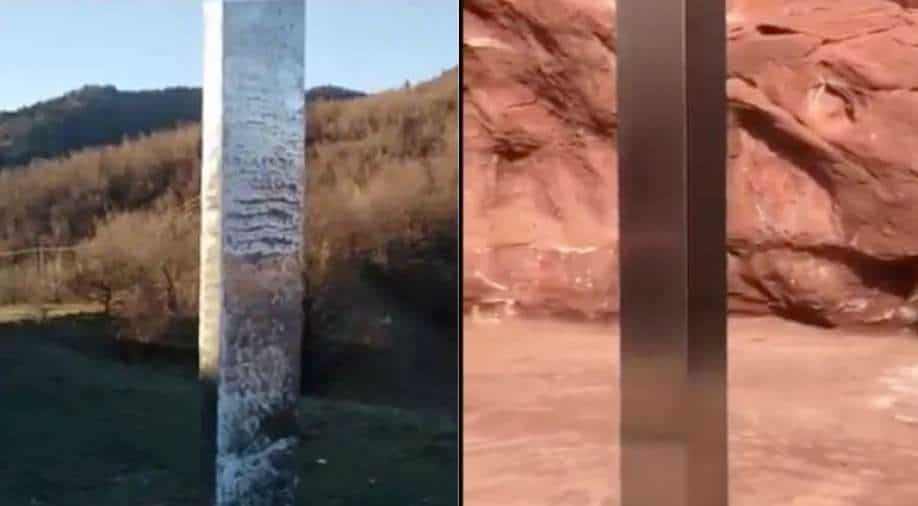 A metal monolith which caused frenzy after appearing in the middle of a desert in Utah, US, has now disappeared from another destination in Romania!

A metal monolith which caused frenzy after appearing in the middle of a desert in Utah, US, has now disappeared from another destination in Romania!

After spawning conspiracy theories and dramatic takes about an alien invasion, the monolith randomly appeared in Romania. A shroud of mystery remained - Was it the same monolith? How did it travel from Utah to Romania so quickly? And more importantly - Where is it now?

After a brief stint in Romania, the monolith quickly went off the radar again, causing speculations among Internet dwellers that it is preparing to make a comeback in some other part of the world soon.

Also read: Watch the strange metal monolith in Utah and the conspiracy theories that followed

The monolith, after appearing in Utah caused a storm on social media. However, a few days after the pictures and videos circulated of the monolith, the Bureau of Land Management in Utah was informed that the monolith had disappeared.

But later, a similar-looking monolith had appeared in Romania within 24 hours of the disappearance. This new monolith was discovered on the top of a small hill in Romania and seemed to be hastily constructed, as opposed to the smooth structure found - and then “stolen” - in Utah.

Owing to the difference in both the structures, is it just some elaborate prank by artists to gleefully distract us from a raging pandemic with no end in sight? Perhaps yes!

Romania's structure also has a mirrored effect, whereas the one found in Utah was a shiny structure that was made out of metal.  Some believe the Romania monolith may be a “copy” of the original, constructed by someone after spotting the viral images of the original one.

All said and done, one question remains: Where could it appear next?