After temporarily banning 'N', China clamps down on 'Winnie the Pooh' 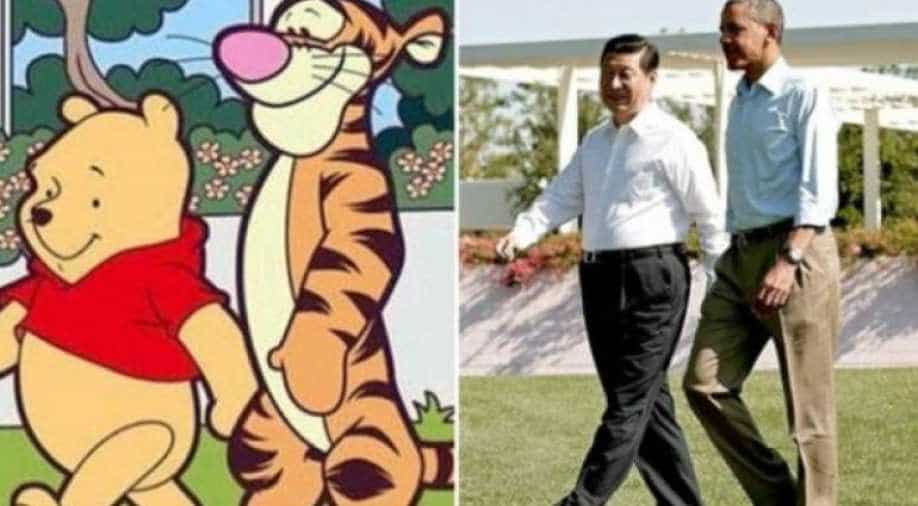 An image of Pooh with his beloved friend Tigger placed right next to Xi's image with Obama also raked much controversy previously. Photograph:( Twitter )

The Chinese regime is infamous for clamping down and crushing anything that goes against the authority. Not to mention, the ghost of the tragic Tiananmen Square massacre lives on even today. Every year, the Chinese authorities brace up to censor all things associated with the horrific tragedy, including online searches that would lead to any information remotely associated with the 1989 event.

The Chinese kingpins, who now seek to get rid of the presidential term limit for General Secretary and President Xi Jinping, made headlines for reportedly banning the English alphabet 'N' and recently the world-famous cartoon character, the honey-loving bear Winnie the Pooh from its online territories.

Chinese authorities get into work to brace criticisms directed toward the Chinese regime as well against President Xi Jinping. The same results into the phasing out relevant content from the face of Chinese online and social media.

Shortly after the Chinese Communist Party announced its plans of getting rid of presidential term limits on Sunday, many took to social media posting images of Winnie the Pooh alluding to the Chinese President.

Many likened the bear's appearance to that of President Xi, a trend that has been in existence on social media ever since Xi assumed power in the year 2013. An image of Pooh with his beloved friend Tigger placed right next to Xi's image with Obama also raked much controversy previously.

China banned Winnie the Pooh after Xi was compared to him ????
Chinese depend on overt display of strength coz they know they're hollow within. pic.twitter.com/5Fp3JVoLSx

Reportedly, Chinese censors are going way beyond and taking down messages and all media linked to describing Xi as a dictator or any negative discussions relating to him or the possibility of him serving for life.

A popular Chinese social media platform noted several phrases and words to have been temporarily banned on its site. The list included words and phrases like 'incapable ruler', 'emperor' among others.

Letter 'N' was temporarily banned. Many suggested Chinese censors targetted the mathematical expression of disapproval -- as the expression “N > 2” in mathematics has 'N' as an unknown signifier for an unknown quantity, here referring to Xi’s possible presidential tenure.