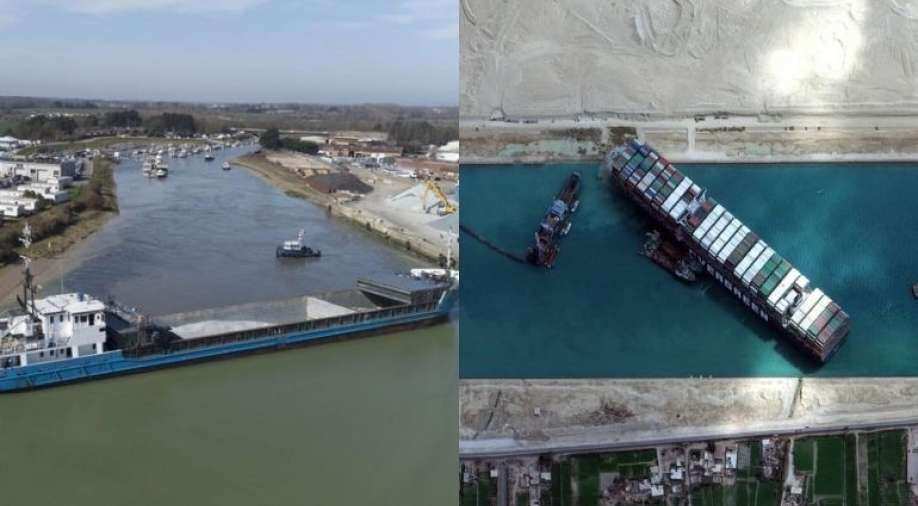 The Elise cargo ship which got stuck in the River Arun (left) has drawn comparisons with the Ever Green ship (right) which blocked the Suez Canal in Egypt for the past week. Photograph:( Twitter )

Social media users were quick to point out the similarities between the situations in humble West Sussex and the Suez.

An 80-metre long vessel, called Elise, which wedged itself across a river in West Sussex earlier today has sparked comparisons with the week-long saga that saw a stuck container ship cause havoc after it blocked the Suez Canal.

Elise was moored in the Littlehampton harbour with a 600-tonne cargo of roadstone but drifted into the middle of the River Arun when one of its mooring lines reportedly parted.

Meanwhile, social media users were quick to point out the similarities between the situations in humble West Sussex and the Suez. 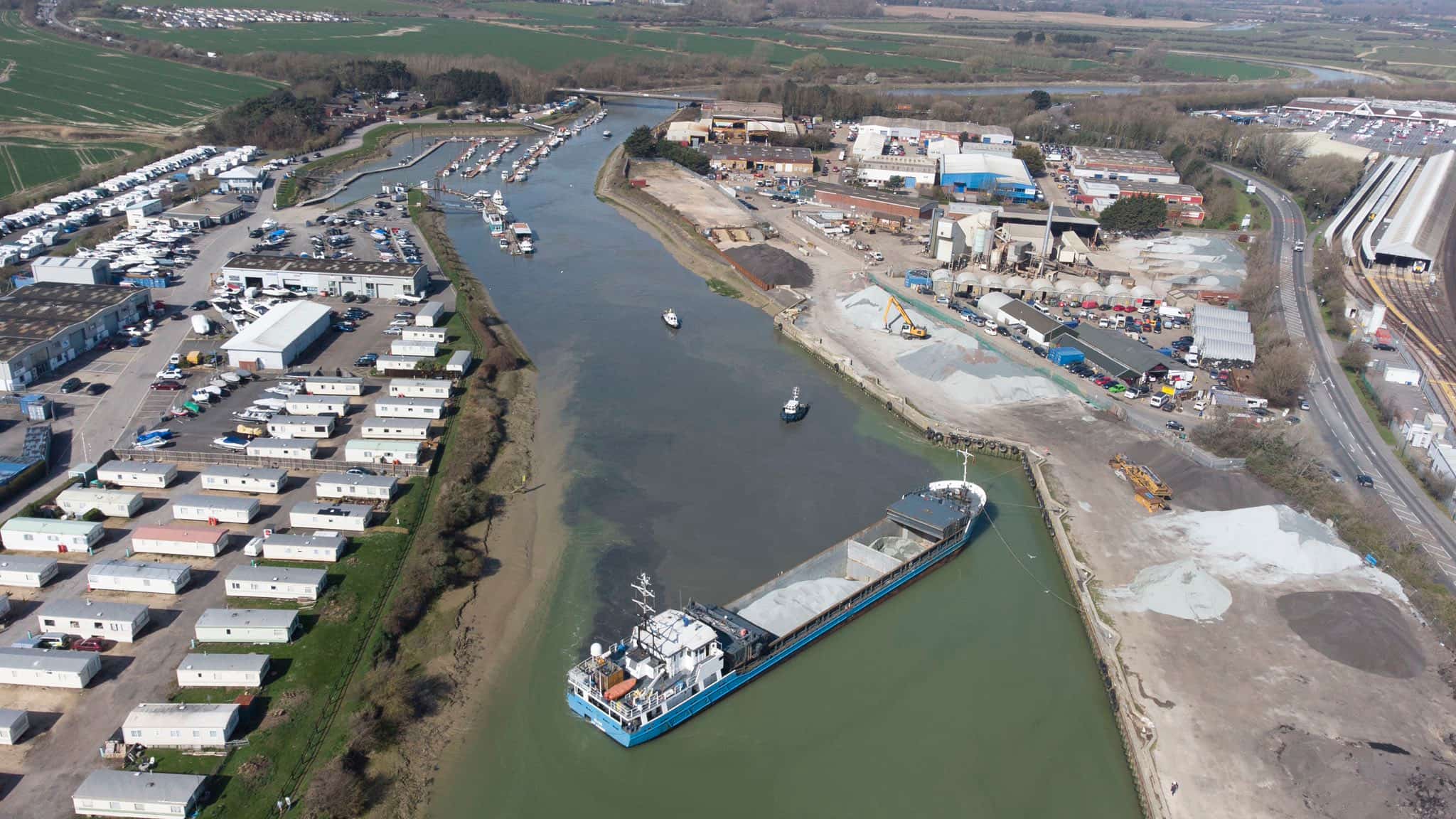 However, unlike the vast container Ever Given, one of the largest in the world, Elise was moved on just after hours.