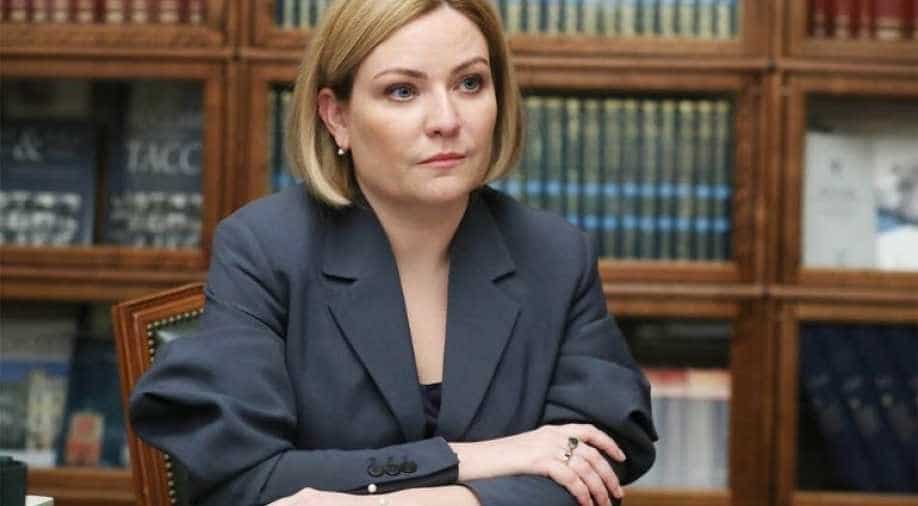 The announcement of the minister Olga Lyubimova's illness came after Prime Minister Mikhail Mishustin and Construction Minister Vladimir Yakushev had both been hospitalised with the virus.

Russia's culture minister has tested positive for coronavirus, her spokeswoman said Wednesday, as the country's total number of cases surpassed 1,65,000.

The announcement of the minister Olga Lyubimova's illness came after Prime Minister Mikhail Mishustin and Construction Minister Vladimir Yakushev had both been hospitalised with the virus.

Lyubimova is working remotely from home after receiving a positive test result, her spokeswoman Anna Usachyova said in a statement.

"The illness is in a mild form and there is no question of her being hospitalised."

Lyubimova, a former journalist and documentary filmmaker, was appointed in January and is one of the youngest in the cabinet at 39.

She replaced a controversial figure, Vladimir Medinsky, who pushed hard for publicly-funded arts to focus on patriotic themes such as World War II.

President Vladimir Putin on Wednesday at a meeting on strategies for leaving virus lockdown said Prime Minister Mishustin "is recovering" and they are in daily contact.

Russia on Wednesday became the fifth most affected country in Europe in terms of confirmed cases and the sixth in the world.

It has confirmed 165,929 cases and 1,537 deaths with most new cases concentrated in the densely populated capital Moscow.