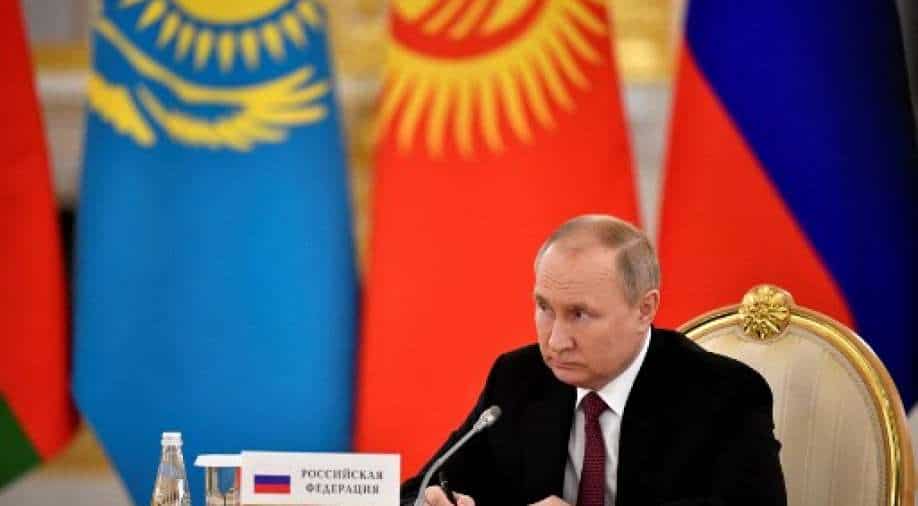 President Putin attends a meeting of the leaders of CSTO in Moscow Photograph:( AFP )

Sweden's governing Social Democrats had given the green signal to the government to enter NATO putting aside decades of neutrality.

Swedish Prime Minister Magdalena Andersson declared that her government has decided to inform NATO to become a member.

"We are leaving one era and beginning another," Andersson said, adding, "We expect it shouldn't take more than a year."

The move comes after Russia's neighbour Finland officially declared that it would be joining the European military alliance.

However, Russian President Vladimir Putin said both countries can expect a "response". There has been growing pressure on Sweden and Finland from within their country to join the alliance after President Putin declared his "special military operation" against Ukraine on February 24.

Sweden's governing Social Democrats had given the green signal to the government to enter NATO putting aside decades of neutrality.

US secretary of State Anthony Blinken had backed Sweden and Finland's request to join NATO.

However, President Tayyip Erdogan had surprised many in the alliance after he declared that Scandinavian countries are "guesthouses for terrorist organisations" referring to Kurdish militants.