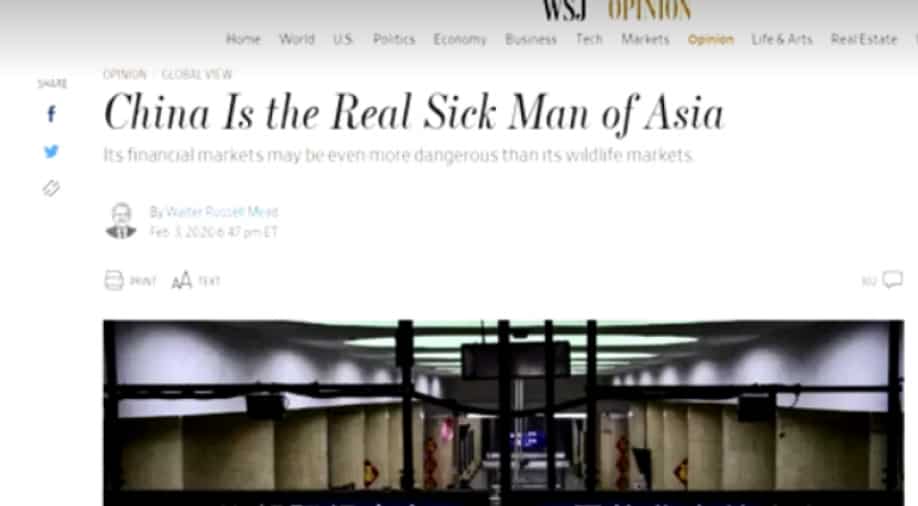 After China expelled three The Wall Street Journal reporters over what it called a racist headline, the Chinese ministry spokesman said the newspaper hasn't realised the "seriousness" of their mistake and demanded a formal public apology from the US-based newspaper.

Chinese authorities deemed a headline as  "racially discriminatory" after WSJ published an opinion piece titled "China is the Real Sick Man of Asia".

"Faced with malicious humiliation and smearing, China will not be a silent lamb. Secondly, the newspaper claimed that news reports and commentary are relatively independent of each other, making all sorts of excuses for no reason. Who is in charge of the Wall Street Journal? Who will come forward to apologise? If the Wall Street Journal has the audacity to inflict insults, then why not have the courage to apologise?, Chinese foreign ministry spokesman Zhao Lijian said.

"There is only one Wall Street Journal in the world. Since the newspaper went with its own way, it should bear the corresponding consequences," the foreign ministry spokesman added.

The WSJ later reported that three of their journalists were ordered to leave the country.

Meanwhile, US Secretary of State Mike Pompeo on denounced China's expulsion of three Wall Street Journal reporters and urged Beijing to respect the freedom of the press.