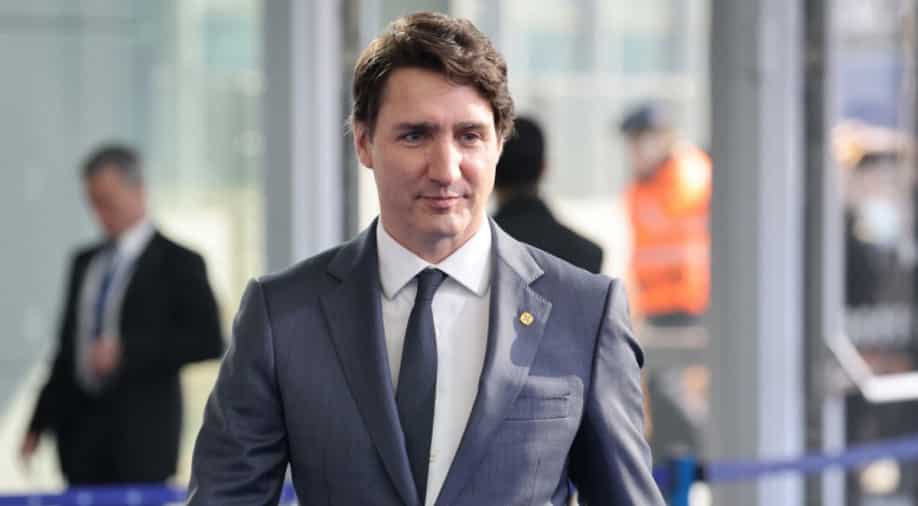 In this file photo, Canada's Prime Minister Justin Trudeau arrives ahead of an extraordinary NATO summit at NATO Headquarters in Brussels. Photograph:( AFP )

Accusing the Chinese air force of unprofessional and risky behavior, Trudeau said that Canadian aircraft deployed in Japan had to avoid colliding with Bejing's jets

Accusing the Chinese air force of unprofessional and risky behavior, Trudeau said that Canadian aircraft deployed in Japan had to avoid colliding with Bejing's jets.

Tensions between Canada and China have been high ever since the arrest of Huawei CFO Meng Wanzhou and Trudeau calling Xinjiang atrocities ''genocide''.

According to the Canadian military, Chinese planes tried to divert their flight path and flew so close that the crew was "very clearly visible."

Slamming China for "not respecting decisions by the UN to enforce sanctions on North Korea," Trudeau said the Canadian aircraft were deployed in Japan as part of a multinational effort to enforce United Nations sanctions against Pyongyang.

It comes after China and Russia used their veto powers to block sanctions against North Korea in the United Nations Security Council (UNSC).

Trudeau is currently travelling to the US to partake in the Summit of the Americas in Los Angeles which is being convened to counter China's growing clout.

This is not the first time that China has used this tactic as recently Australia also accused China of having endangered one of its military aircraft over the South China Sea on May 26.

After the allegation, China warned Australia to "act prudently" or face "serious consequences."