African countries are facing a new crisis - an Ebola outbreak 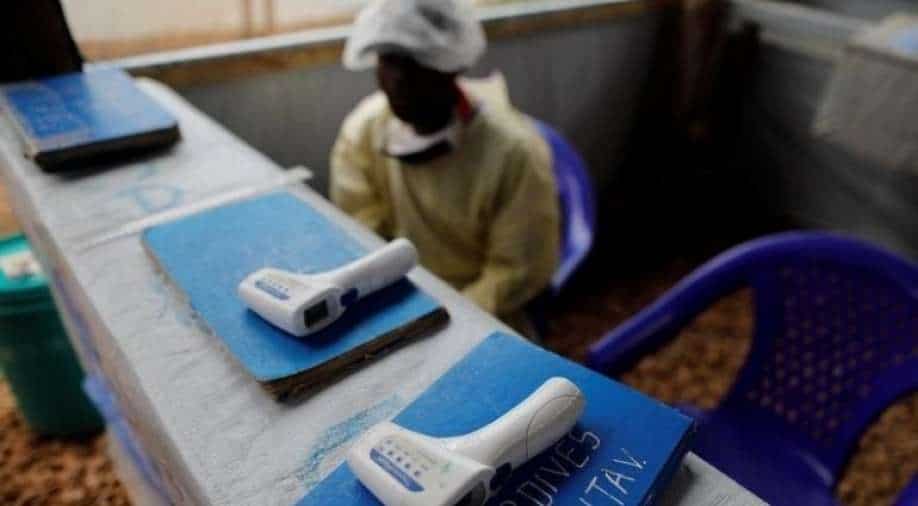 Thermometers are pictured at the entrance of an Ebola Treatment Centre in the Eastern Congolese town of Butembo in the Democratic Republic of Congo, October 4, 2019 Photograph:( Reuters )

On Sunday, Guinea announced that it has recorded 10 suspected cases so far, with five deaths. The country is still recovering from the last ebola outbreak and struggling with coronavirus.

The western Ebola outbreak began right here in 2014, and by the time it ended in 2016 there were more than 28,000 cases, and 11,000 deaths. The prospect of a second onslaught has scared the locals.

Meanwhile, Congo has confirmed four new cases and two deaths this month. The earlier outbreak of Ebola lasted almost two years here and killed more than 2,000 people. An emergency vaccination drive has begun, and more than 50 high risk contacts have been given the shots. There are supplies to vaccinate 16,000 people, but it may not be enough.

Also read: Scientist who discovered Ebola warns of deadlier diseases in the future

The World Health Organization has sounded an alarm, and six African countries are on alert including Sierra Leone and Liberia. Ebola has an average case fatality rate of 50 per cent though it can vary by outbreak.

African countries are not completely defenceless as vaccines and treatments have been developed in recent years. New treatments and surveillance systems helped in ending the last epidemic. But the early signs this time are worrying. Guinea has already declared its outbreak an epidemic.