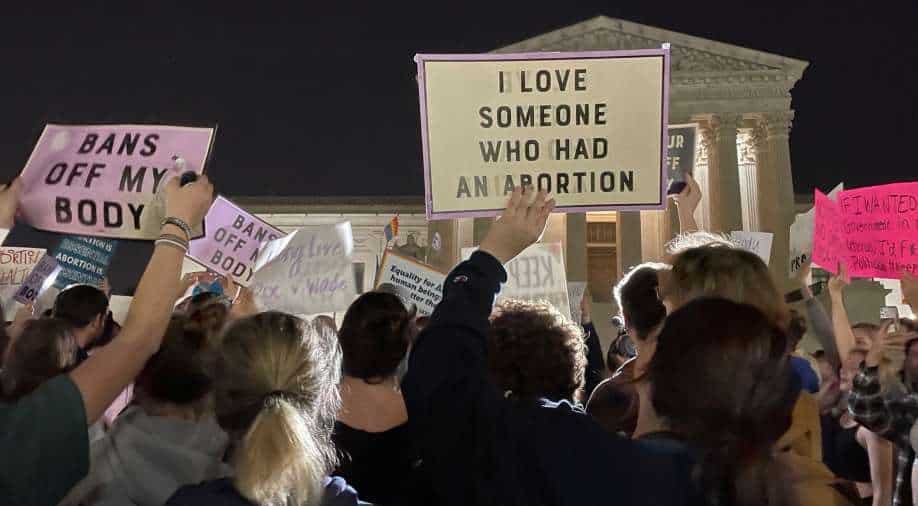 Anti-abortion protest in US Photograph:( Reuters )

The comments come in the backdrop of a US Supreme Court ruling draft that got leaked a few days ago. According to the draft, the majority of the conservative-controlled Supreme Court bench are in favour of banning abortions

Amid abortion rights causing a flutter in the United States, World Health Organization (WHO) chief Tedros Adhanom Ghebreyesus has warned that restricting access to abortion will lead to unhealthy and unsafe procedures.

Without mentioning the US case, Tedros in a tweet said, “Women should always have the right to choose when it comes to their bodies and their health. Restricting access to #abortion does not reduce the number of procedures — it drives women and girls towards unsafe ones.”

The comments come in the backdrop of a US Supreme Court ruling draft that got leaked a few days ago.

According to the draft, the majority of the conservative-controlled Supreme Court bench are in favour of banning abortions.

In the draft opinion document leaked to the media, Justice Samuel Alito wrote that the 1973 Roe vs Wade ruling was “egregiously wrong from the start” and that the US Constitution “does not prohibit the citizens of each state from regulating or prohibiting abortion”.

Meanwhile, furious women gathered on the court premises to protest in Washington just minutes after the news broke late on Monday night, and more were there on Tuesday, with larger protests planned.

According to the Guardian, anti-abortion demonstrators prayed and celebrated but pro-choice protesters lit candles, chanted in support of reproductive rights and shouted expletives about Samuel Alito.

Barriers were erected in front of the court shortly after the leaked report was made public.

Abortion has long been a contentious issue in the US, even though polling finds that a clear majority of the public believes it should be legal.

The supreme court has a 6-3 majority of deeply conservative justices.