About 85 injured in Aeromexico plane crash, no fatalities reported 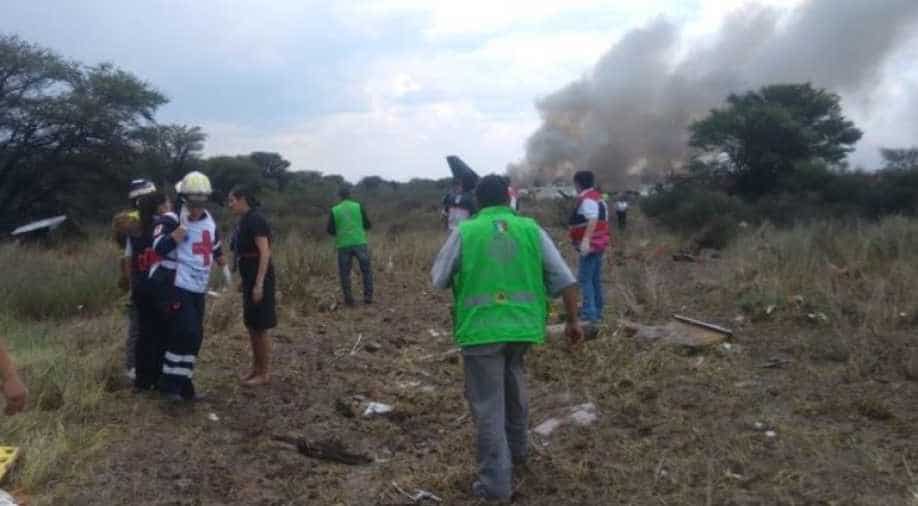 Other authorities said the crash was closer to the airport.

As many as 85 people were injured on Tuesday, two critically, when an Aeromexico-operated passenger jet crashed soon after takeoff in Mexico's state of Durango, but authorities said there were no fatalities.

The mid-sized jet was almost full, with 97 passengers and four crew members aboard, when it came down at around 4 p.m. local time (2100 GMT), Gerardo Ruiz Esparza, Mexico's minister for communications and transportation, wrote on Twitter.

"The plane was taking off," Governor Jose Rosas Aispuro told Mexican television, adding that witnesses told him there was "a bang" and then without warning the plane was on the ground.

TV images showed the severely damaged body of the plane after it came to rest in scrubland and a column of smoke rose into the sky.

The plane made an emergency landing about six miles (10 km) from the airport, Alejandro Cardoza, a spokesman for the state's civil protection agency, said on local television. Other authorities said the crash was closer to the airport.

Cardoza said in an interview that around 85 people had been injured, adding that a fire resulting from the accident had been put out. The civil protection agency said 37 people were hospitalized, while the state health department said two passengers were in a critical condition.

"Many managed to leave the plane on foot," Cardoza said.

Aeromexico said on Twitter that flight number 2431 was an Embraer 190 bound for Mexico City when it crashed.

A spokesman for the Mexican airline declined to disclose the passenger list or the nationalities of those on board.

Embraer did not immediately respond to requests for comment.

Mexican President Enrique Pena Nieto wrote on Twitter that he had instructed the defence, civil protection and transportation ministries to aid in the response to the crash.