A year of Hong Kong security law: Crackdown on people and the press 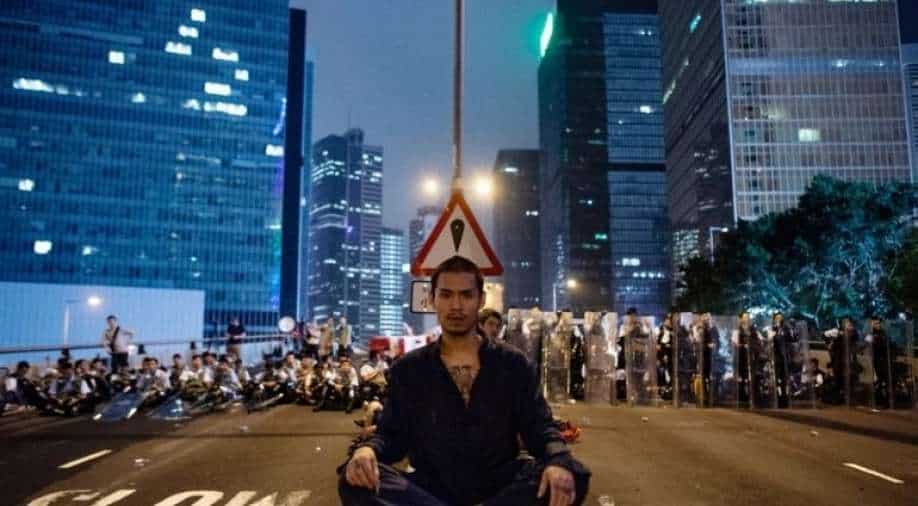 A protester (C) sits at the middle of Harcourt Road in Hong Kong after a protest against a controversial extradition law proposal in Hong Kong on June 12, 2019 Photograph:( AFP )

A slew of arrests made over the last year shed light on the pronounced crisis unfolding in Hong Kong which is tremendously changing the city’s political, legal, and social landscape. Here’s a look at a few trends that have led to a crisis of faith in the semi-autonomous city at the hands of China's Communist Party

Hong Kong continues to fall deeper into a Beijing-sized hole of communism with the systematic decimation of democratic freedoms in the former British colony. In a year since the National Security Law was imposed, at least 117 people have been taken into custody for trespassing the basic tenets of what is prohibited under the law.

When the law was still being processed, China’s Communist Party hoped to chastise the pro-democracy revolution that was violently erupting on the streets against Beijing’s increasing role in the semi-autonomous city’s politics.

The sweeping law criminalises an array of acts which authorities perceive as detrimental to national security. The most common charges are subversion, secession, terrorism, and collusion with foreign forces. These are extremely serious charges in any country and in Hong Kong, activists could face up to life in prison for supporting democracy.

A slew of arrests made over the last year shed light on the pronounced crisis unfolding in Hong Kong which is tremendously changing the city’s political, legal, and social landscape. Here’s a look at a few defining trends

Perhaps the most high-profile arrest in the last year, the outspoken media tycoon’s democratic hopes for the city were quashed when the 73-year-old was sentenced to 14 months in prison in April 2021 for participating in pro-democracy protests that rocked Hong Kong last year. 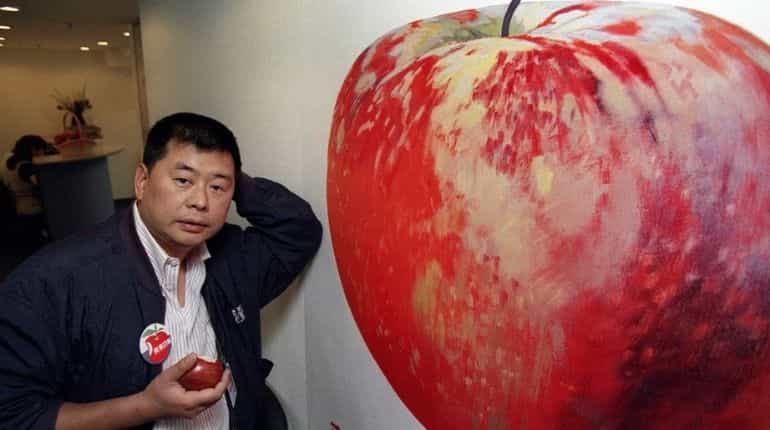 Even then, Lai faces six more charges, two of which were imposed under the contentious National Security Law, under which the maximum sentence is for life.

Even now, it is entirely possible for new charges against him to prop up for being a “traitor” in the eyes of Beijing.

Jimmy Lai’s Apple Daily, a newspaper that remained critical of Chinese authorities until its last edition was forced into submission after a slew of intimidation tactics which culminated into its closure on June 23.

Before the announcement, 500 police officers raided the daily’s office for articles that didn’t sit well with China. 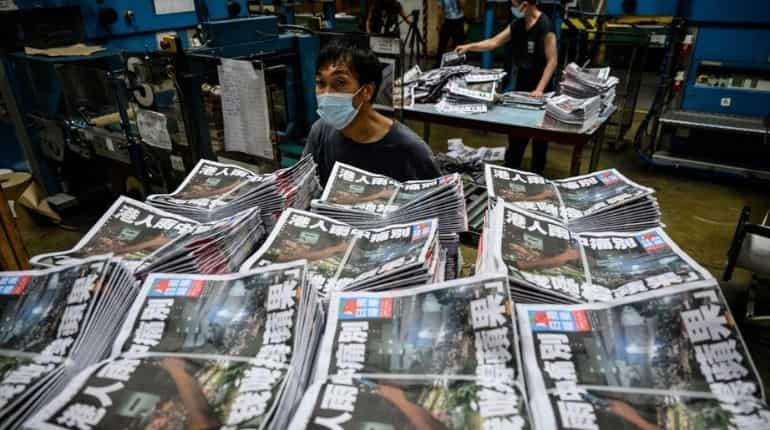 Soon after, five executives of the newspaper including chief editor Ryan Law and CEO Cheung Kim-hung were arrested for allegedly “colluding with foreign forces”, a common charge used against democratic voices under the law.

What really butchered the newspaper was the freeze on its assets amounting up to $2.3 million (HK $1.8 mn). Without the funds and in the face of mounting pressure, the newspaper couldn’t continue publishing.

Under the National Security Law, authorities can freeze assets of any person or company that are seen as a security threat without a court order.

Unlike the rest of China, Hong Kong allows democratic elections and some degree of freedom of speech to its citizens. While Beijing brewed the draconian law, opposition leaders in Hong Kong convened to initiate the process of primary elections, aimed at amplifying voices of democracy. 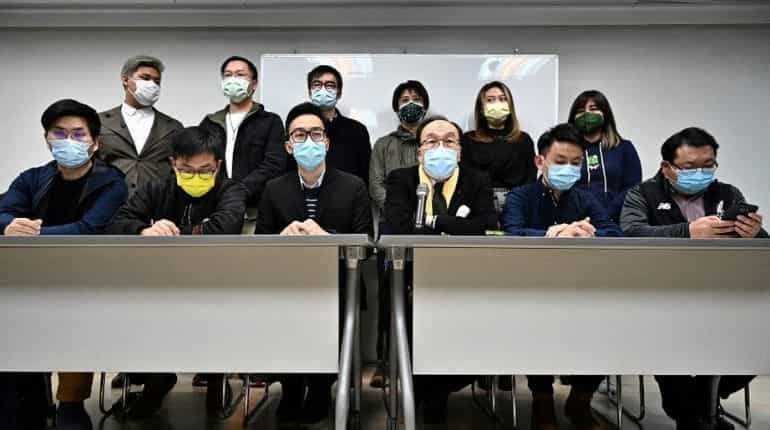 But things turned dire soon. In January, 50 of these pro-democracy politicians were arrested in regards to an unofficial vote organised by the opposition to select their best candidates for an election which has remained postponed since then.

Out of the 50 politicians, 47 were charged with conspiracy to commit subversion on February 28 and most of them still remain in detention.

According to Hong Kong authorities, the primary vote marked a “vicious plot” to subvert the government.

The first person to be arrested under the sweeping law, Tong Ying-kit allegedly rammed his bike into police officers during last year’s violent protests. At the time, Tong was sloganeering in favour of democracy. Tong’s trial began last week and he was denied bail and the scope of jury, which are becoming the hallmarks of Hong Kong’s National Security Law. He faces charges of terrorism and inciting secession, to which he has pleaded “not guilty”. In addition, the activist may face charges for reckless driving. 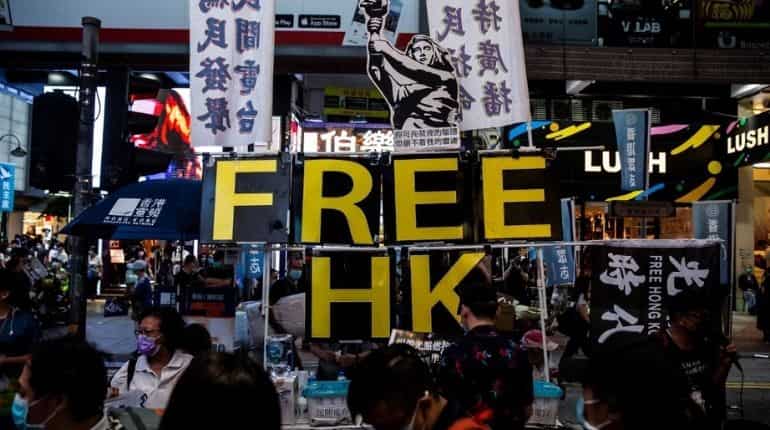 These are just a few of many voices that are being punished in Hong Kong for protecting the sacred democratic tenet of dissent.

In total, at least 117 people have been arrested based on the law’s provisions over the last year, especially activists, journalists, and students - a worrying trend for the city of Hong Kong, which remained relatively free from the clutches of Chinese Communist Party until the violent protests that altered the course of what now constitutes normal life in the city.

Hong Kong’s Security Bureau believes the law has ended a trail of chaos in the city and has begun the era of “order” again, but the fear instilled in the city's free media and activists signals to the death of democracy.