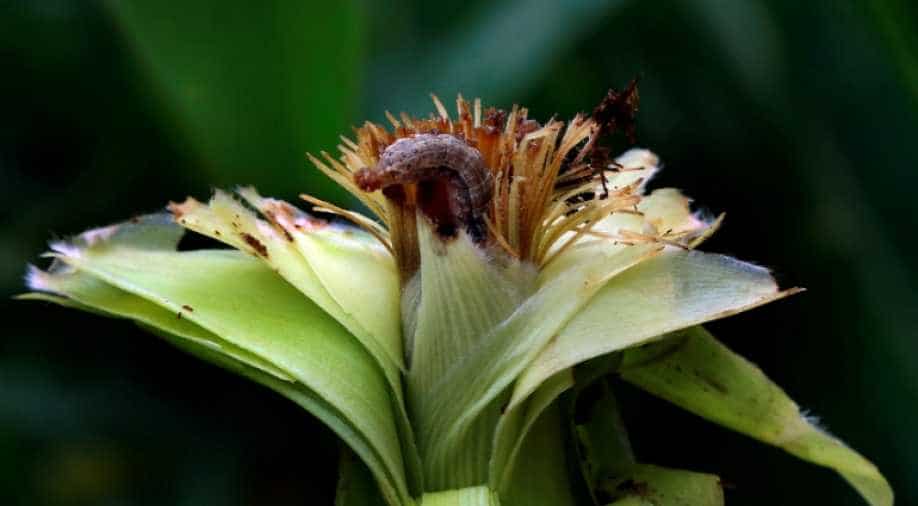 Ecologists worry that the unexpected speed of the fall armyworm's advance, especially across Asia, is a foretaste of how other invasive species will spread as trade between developing countries grows, the Dow Jones report added.

Late last year, farmers in Kanchanaburi in western Thailand came across a species of caterpillar they hadn't seen before, a report from Dow Jones Newswires supplied to EFE on Sunday said.

Tucked deep in ears of corn, it seemed to be more voracious than the pests they usually encounter. In some instances, the creatures ate each other.

It was, entomologists confirmed, a very hungry caterpillar: the fall armyworm.

Originating in South and Central America, it has caused havoc there and up into Mexico, the United States and Canada for decades. The adult moths migrate as far north as Quebec in the summer months, laying eggs in maize, rice and other crops that provide food for the larvae when they hatch.

In 2016, it turned up in Nigeria for the first time. Some scientists suggest it was accidentally brought aboard a commercial flight. With few natural predators, it went on to infest maize crops across Africa. A few months ago, it appeared in Yemen, India and Bangladesh before moving to Sri Lanka and Myanmar.

After the sighting in Thailand, authorities confirmed it had reached China, the world's second-largest producer of its favourite food, maize.

Ecologists worry that the unexpected speed of the fall armyworm's advance, especially across Asia, is a foretaste of how other invasive species will spread as trade between developing countries grows, the Dow Jones report added.

South-south trade, as economists call it, has more than doubled its share of total world trade to nearly 25 per cent in the past quarter-century. China's Belt-and-Road Initiative, which Beijing casts as a 21st-century reboot of the old Silk Road trade routes, will provide further opportunities for species like the fall armyworm to jump ship or travel on planes to stake out new habitats.

"It's increasing the risk of invasives like the fall armyworm being introduced, so we can expect more in the future," said Roger Day, an expert on the topic at the Centre for Agricultural Bioscience International in England.

An earlier example of an invasive species is the cassava mealybug, which caused such a problem in Africa when it appeared in shipments from South America that experts introduced a predatory wasp from Central America to keep its numbers down.

"That was rather ironic," Day notes. "We had to introduce a species to control another species."

Any invasive species establishes footholds more easily in climates similar to its own, which is why the fall armyworm has thrived in Africa and Southeast Asia. "It's easier than if they were moving from southern to northern latitudes," said Regan Early, a professor of conservation biology at the University of Exeter in England.

Global prices for corn are largely unaffected thanks to large harvests in Ukraine and southern Russia. But the US Department of Agriculture has warned that production in India is set to fall around 9.5 per cent this year, in part because of the caterpillar, while certain African countries hit hard by the pest are being forced to import maize to make up the shortfall.

Allan Hruska, a fall armyworm specialist at the Food and Agriculture Organisation in Rome, and other officials are trying to get word out to farmers and governments on how to best deal with the pest. The FAO has developed a smartphone app for farmers to report fall armyworm sightings as soon as they see them; it is available in 13 languages so far, and more than 4,000 people have registered.

The pest will be tough to get rid of, though. Pheromone traps could lure and contain adult male moths, preventing them from fathering new generations of fall armyworms. Introducing new predators could also help.

But the fall armyworm can switch to other foods such as rice or millet if corn isn't available, and it has shown a resistance to insecticides.

Then there is the cannibalism. Fall armyworms have learned to consume each other in order to keep their numbers down lest they attract predators.

The best farmers can do now is stop the problem worsening, and prepare for future invasions.

"It's part of the landscape now," Day said.