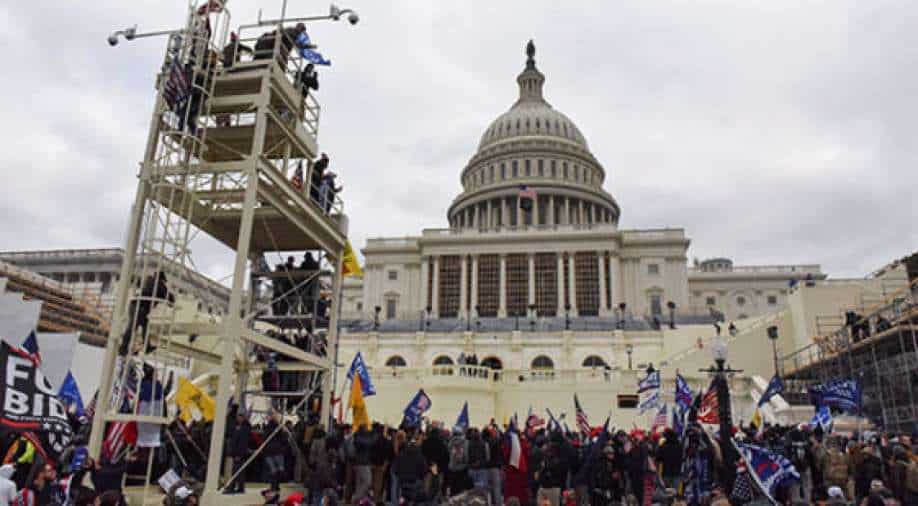 A federal law enforcement official said that the man, Wesley A. Beeler, 31, worked as a contractor, and that his credential was not fake, but was not recognized by the police officer.

The U.S. Capitol Police arrested a man at a security checkpoint in Washington on Friday after he flashed what an officer described as an “unauthorized” inauguration credential and a search of his truck found an unregistered handgun and more than 500 rounds of ammunition, authorities said.

A federal law enforcement official said that the man, Wesley A. Beeler, 31, worked as a contractor, and that his credential was not fake, but was not recognized by the police officer. The official spoke on the condition of anonymity because he was not authorized to discuss the arrest.

Beeler’s father, Paul Beeler, said in an interview that his son was part of a security team working alongside the Capitol Police and the National Guard, and that his son must have simply left his personal gun in his truck. Wesley Beeler has an active private security license in Virginia and was approved to have a handgun, shotgun or patrol rifle while on assignments, according to a state website.

“It was an honest mistake,” Wesley Beeler told The Washington Post after being released Saturday afternoon. He said he had been working a security job in Washington, was running late to work, and had forgotten that his firearm was in his truck. He denied having 500 rounds of ammunition, as listed in the police report.

“I pulled up to a checkpoint after getting lost in D.C. because I’m a country boy,” he told The Post. “I showed them the inauguration badge that was given to me.”

The arrest comes as law enforcement officials have tried to fortify Washington before Inauguration Day on Wednesday, when they fear that extremists emboldened by the attack on the Capitol by President Donald Trump’s supporters on Jan. 6 could seek to cause violence. A militarized “green zone” is being established downtown, National Guard members are flooding the city, and a metal fence has gone up around the Capitol grounds in advance of the swearing-in of President-elect Joe Biden.

Wesley Beeler, of Front Royal, Virginia, had driven up to a security checkpoint less than half a mile from the Capitol grounds Friday evening and presented “an unauthorized inauguration credential,” according to a statement from a Capitol Police officer filed in a District of Columbia court Saturday. The officer, Roger Dupont, said that he had checked the credential against a list and found that it did not give Beeler authority to enter the restricted area.

A spokesperson for the Capitol Police later described the credential that Beeler had shown as “nongovernment issued.”

Officers searched his truck, which had several gun-related bumper stickers, and found a loaded Glock pistol, 509 rounds for the pistol and 21 shotgun shells, police said. Beeler had admitted having the Glock in the truck’s center console when he was asked if there were weapons in the car, they said.

Beeler was charged with five crimes, including possessing a weapon and ammunition in Washington without having it registered as required. He and his lawyer did not respond to requests for comment Saturday.

Paul Beeler said his son, a father of four, had held other security jobs over the years. “He was proud of the work he was doing with the police and the National Guard,” the father said.

Asked if he thought his son supported a peaceful transition of power, Paul Beeler said, “That’s the reason he’s there.”

The elder Beeler said he had grown worried about his son when he did not return his text messages Friday night, and that he had called him Saturday morning, when he thought his son would be returning to Virginia after his shift. He and his wife discovered that Wesley Beeler had been arrested when she received a call from a reporter, he said.

Law enforcement officials have said they are alarmed by chatter among far-right groups and other racist extremists who are threatening to target the nation’s capital to protest Biden’s electoral victory. Federal agencies have tried to keep some people who breached the Capitol with weapons earlier this month from returning to the city, including by restricting their ability to board commercial planes, according to an administration official.

Biden has resisted calls to move the inauguration ceremony indoors for the sake of safety. His inauguration committee had already been planning a scaled-back celebration with virtual components because of the coronavirus.