A 'grinding and crushing' knee on Floyd: Opening statements begin in trial 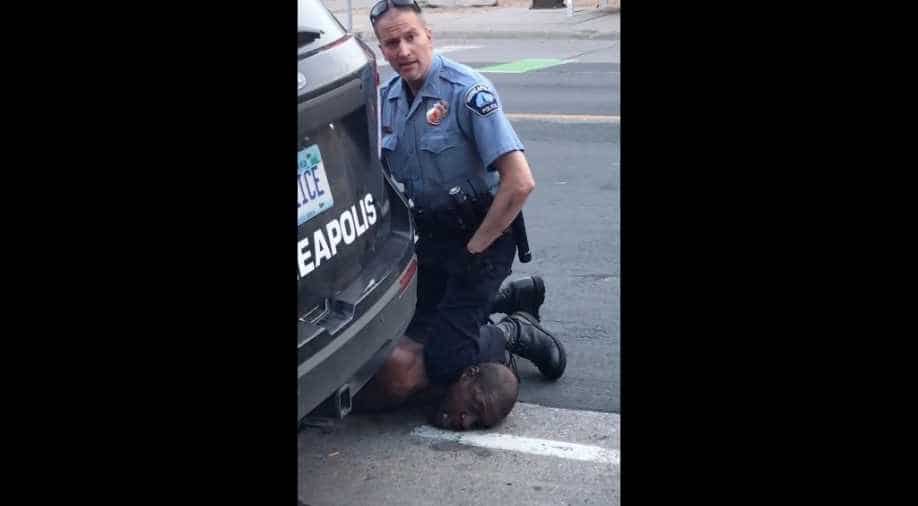 Jerry Blackwell, a prosecutor with the Minnesota attorney general's office, told jurors that officers who wear the Minneapolis police badge pledge to never use 'unnecessary force or violence'

Former Minneapolis policeman Derek Chauvin squeezed the life out of George Floyd when he arrested him in last May, a prosecutor told jurors in his opening statement at Chauvin's trial on murder charges on Monday.

Jerry Blackwell, a prosecutor with the Minnesota attorney general's office, told jurors that officers who wear the Minneapolis police badge pledge to never use 'unnecessary force or violence'.

"You will learn that on May 25, Derek Chauvin betrayed this badge when he used excessive and unreasonable force upon the body of George Floyd," Blackwell said.

He displayed a still image from a bystander's cellphone video of Chauvin, who his white, with his knee on the neck of Floyd, a 46-year-old Black man in handcuffs, saying it showed Chauvin 'grinding and crushing him until the very breath — no, ladies and gentlemen — the very life was squeezed out of him'.

Floyd's death ignited a global protest movement and over the preceding two weeks of jury selection, many jurors told Hennepin County District Judge Peter Cahill and the lawyers on each side that they recognised the scrutiny their deliberations would come under, not least by those who view the trial as a reckoning for how Black people are policed in the United States.

"It's been a long time coming," a gospel choir sang on Sunday evening at a prayer service attended by Floyd's relatives. "But I know a change is gonna come."

The service was held in a church a few blocks east of the deadly arrest.

Philonise Floyd, a brother of George Floyd, said before the service began that he had faith that prosecutors from the Minnesota attorney general's office would see Chauvin convicted.

"The video is the proof," he said.

Chauvin, 45, has pleaded not guilty to second-degree murder, third-degree murder and second-degree manslaughter, with his lawyers arguing that he followed his training and that the main cause of Floyd's death, which the county examiner ruled a homicide, was a drug overdose. He faces up to 40 years in prison if convicted on the most serious charge.