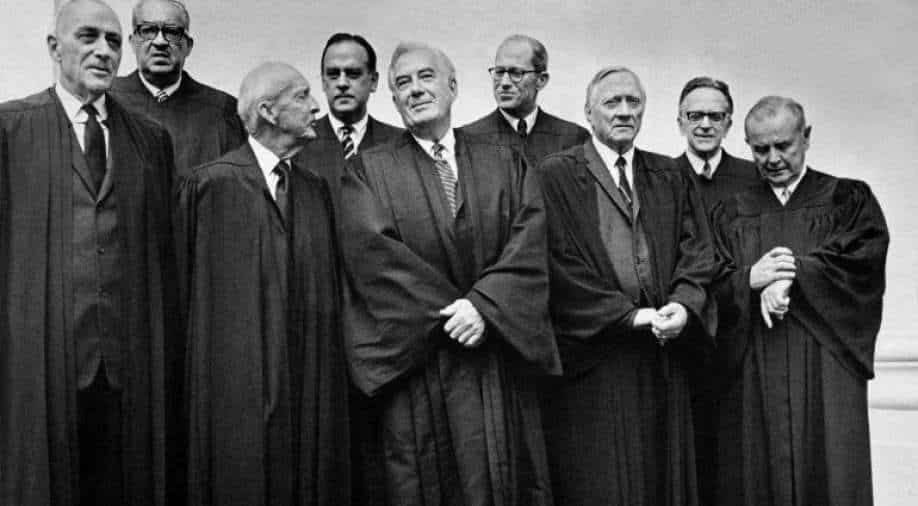 You need a spreadsheet to make sense of who voted for what, but the bottom line is at odds with the conventional view that the case was a flat-out First Amendment victory

The Pentagon Papers case was a triumph for press freedom. Or was it?

The Supreme Court’s unsigned opinion rejecting the Nixon administration’s attempt to censor publication of a secret history of the Vietnam War was just three paragraphs long and declared only that the government had not overcome a “heavy presumption” against prior restraints, on that occasion.

The vote was, moreover, fairly close, 6-3. Every justice contributed a concurring or dissenting opinion, none of which got more than two votes. You need a spreadsheet to make sense of who voted for what, but the bottom line is at odds with the conventional view that the case was a flat-out First Amendment victory.

“A majority of the Supreme Court not only left open the possibility of prior restraints in other cases but of criminal sanctions being imposed on the press following publication of the Pentagon Papers themselves,” Floyd Abrams, who represented The New York Times in the case, wrote in his 2014 book, “Friend of the Court.”

There are, it turns out, two ways to understand the Pentagon Papers decision. One is that it was a potent vindication of press freedom establishing a bedrock principle: The government cannot stop the new media from providing information to citizens in a democracy.

Another view takes account of the letter and the limits of the decision. Even as to prior restraints, the Supreme Court left the door slightly ajar. As to the possibility of punishing the press after publication, two justices in the majority wrote that they had no doubt that news organizations could be prosecuted under the espionage laws.

To be sure, the decision has taken on a symbolic weight that has swamped its technical holding, said Geoffrey R. Stone, a law professor at the University of Chicago and an editor of a volume of essays commemorating the 50th anniversary of the decision, “National Security, Leaks and Freedom of the Press.”

“The case created a largely overwhelming sense that the press cannot be either enjoined from or prosecuted for publishing national secrets,” he said. “That’s become the expectation as a result of Pentagon Papers.”

But even if the decision seems to have created near-absolute protection for the press, he went on, it addressed only one piece of the relationship between citizens and their government.

An intermediary, the press, was protected. But neither its sources nor its readers gained rights.

“What Pentagon Papers and its successor decisions created,” Stone said, “was an incoherent state of the law.”

The decision did not live up to its promise, Anthony Lewis, a Supreme Court reporter and columnist for The Times and an authority on the First Amendment, wrote in his 1991 book, “Make No Law.”

“The Pentagon Papers case was a famous victory for the press, and for the Madisonian principle that the public must know what its government is doing,” wrote Lewis, who died in 2013. “Or so it seemed at the time. Later decisions showed that it was not much of a victory.”

Prior restraints against the press may have been effectively barred, Lewis wrote, but the Supreme Court did not hesitate to block books by former government officials who sought to write about national security secrets they had learned in the course of their employment.

In those later decisions, Stone said, “the court took the view that there is no right to leak and no public right to information.”

The decision had another, darker side, wrote Alexander Bickel, the Yale law professor who argued the case for The Times in the Supreme Court.

“The American press was freer before it won its battle with the government,” he wrote in his classic 1975 book, “The Morality of Consent.”

“Through one civil and two world wars and other wars, there had never been an effort by the federal government to censor a newspaper by attempting to impose a prior restraint,” he wrote. “That spell was broken, and in a sense, freedom was thus diminished.”

Justice William O. Douglas, who was in the majority in 1971, wrote two years later that the vote had been too close and had followed two weeks of successful government-imposed censorship.

“We have allowed ominous inroads to be made on the historic freedom of the newspapers,” he wrote. “The effort to suppress the publication of the Pentagon Papers failed only by a narrow margin and actually succeeded for a brief spell in imposing prior restraint on our press for the first time in our history.”

It was unimaginable, though, that the Supreme Court would rule out prior restraints entirely, and that posed a litigation-strategy puzzle for Bickel when he argued before the justices.

He conceded, at least in the abstract, that courts could stop a publication if it would “lead directly and unavoidably to a disastrous event.”

Justice Potter Stewart explored the point. What if, he asked, disclosure of sensitive information in wartime “would result in the sentencing to death of 100 young men whose only offense had been that they were 19 years old and had low draft numbers?”

Bickel tried to duck the question, but the justice pressed him: “You would say that the Constitution requires that it be published and that these men die?”

Bickel yielded, to the consternation of some of The Times’ allies. “I’m afraid,” he said, “that my inclinations of humanity overcome the somewhat more abstract devotion to the First Amendment.”

As a matter of litigation tactics, it was a necessary answer, said David Rudenstine, a professor at the Benjamin N. Cardozo School of Law at Yeshiva University in New York City and the author of “The Day the Presses Stopped,” a history of the case.

“I don’t think an advocate could say anything else,” Rudenstine said, “unless you really wanted to lose the case.”

Still, Bickel’s response outraged the American Civil Liberties Union, which filed an unusual brief that same day disavowing Bickel’s answer. It said Stewart’s question “must be answered in a totally different manner” and that “the answer is, painfully but simply, that the right of a free people to determine its destiny has been, and should continue to be, paramount to any attempt by the government to impinge upon, erode or ultimately destroy the right of the people to know.”

Bickel had made another concession when he argued the case in the federal appeals court in New York. Asked for an example of a government secret that would justify a prior restraint, he posited, presciently as it turned out, one in which “the hydrogen bomb turns up.”

Eight years later, on the only other occasion on which the federal government has sought a prior restraint on national security grounds, a federal judge in Wisconsin barred The Progressive magazine from publishing an article called “The H-bomb Secret,” which included detailed instructions for making a hydrogen bomb.

While the appeal was pending, others published similar information and the government dropped its case.

As that case suggests, prior restraints that actually keep information already in the hands of the press from the public are hard to accomplish. By the time the Supreme Court ruled in the Pentagon Papers case, more than a dozen newspapers had published parts of them. These days, a whistleblower like Daniel Ellsberg could skip the intermediaries entirely and post documents directly on the internet.

The press’s victory in the Pentagon Papers case may have been incomplete. But a loss would have been devastating.

“What would be the law today if the case had come out differently?” Rudenstine asked. “It’s very possible that there could have been a prosecution of The Times. That would have changed American law quite a lot.”

“The general thought,” he said, “was that if you lost the prior restraint case that there was no chance of winning the criminal prosecution.”

The opposite happened, said Lee C. Bollinger, the president of Columbia University and the other editor of “National Security, Leaks and Freedom of the Press.” “As a practical matter, the press and the government have arrived at the state of mind that there will not be prior restraints or subsequent prosecutions, that that would violate the spirit of the First Amendment,” he said. “Apart from the Progressive case, the government has not gone after the press in either form.”

But he added that this was in large part a product of mature accommodation among responsible institutions, one that was at risk during the Donald Trump administration.

“The continuing viability of a fulsome Pentagon Papers doctrine does not apply in the context of a near-authoritarian government like the one we had,” he said. “It’s those kinds of ambiguities about Pentagon Papers that makes the whole system much more vulnerable when you have a true threat to democracy.”