‘A blessing and a relief’: How four families used the child tax credit 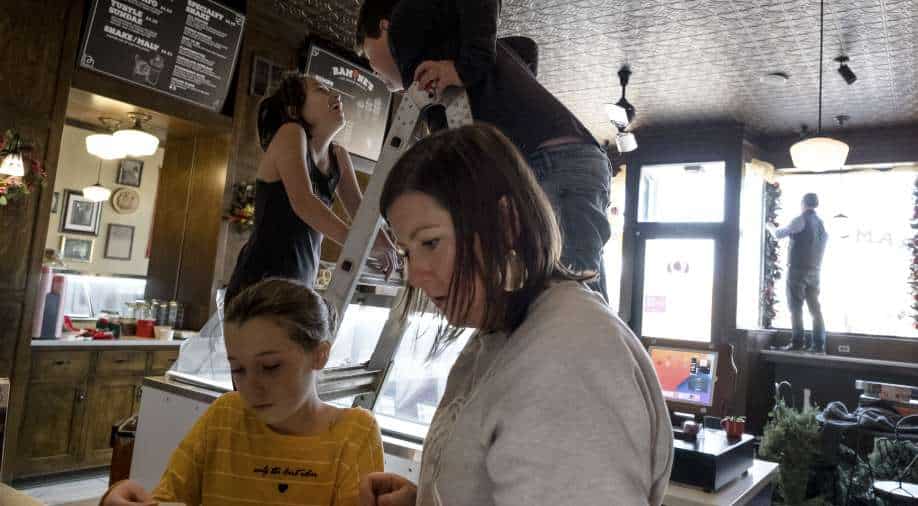 Since the 1990s, the child tax credit was available only to parents who were actively working for work Photograph:( The New York Times )

Since July, all but the most affluent families across the country have been receiving child tax credits as monthly cash payments — a first-of-its-kind policy jujitsu that converted a tax break, usually given out as a lump sum at the end of the financial year, into an additional income that expanded America’s safety net.

The program represented the first significant shift of US government support for families in decades. Since the 1990s, the child tax credit was available only to parents who were actively working or looking for work, making the United States an outlier among other developed countries where subsidies for children are common.

President Joe Biden’s $1.9 trillion American Rescue Plan, in addition to refashioning the tax credit into monthly checks, expanded the total amount parents and other caregivers received and stripped it of any work-related conditions, making more money available to more households.

The initiative, which was initially set to run for six months, has now wound down with the last of the checks sent out Dec. 15.

Democrats had hoped to make the tax credits permanent as part of Biden’s Build Back Better plan. But this week, the administration’s vast domestic agenda was effectively blocked, at least for now, by centrist Sen. Joe Manchin D-W.Va., who voted for the child tax credit expansion when it was first introduced but did not support its extension.

“I cannot vote to continue with this piece of legislation,” Manchin said on “Fox News Sunday,” citing concerns that the Build Back Better plan would add to the national debt and rising inflation.

The argument echoed that of his Republican colleagues — Sen. Lindsey Graham, R-S.C. and the senior Senate Budget Committee Republican, described the administration’s plan as an “inflation bomb” — who were united in their opposition to the Build Back Better legislation.

Experts have noted that since the payments of up to $300 per child started landing in bank accounts, alongside other COVID-related relief, child poverty dropped to record lows.

In an October report by the Census Bureau, around half of the roughly 300,000 recipients surveyed reported using the money on food — an indication that the tax credit was also helping to bring down hunger and food insufficiency. Many recipients also reported spending the funds on child care and school supplies.

Interviews with four families revealed other day-to-day expenses they used the funds for — from doctor’s appointments to car repairs — and the joys of a little breathing room for households that may otherwise live paycheck to paycheck.

In 2019, months before the pandemic took hold, Miaya and Thaddeus Bennett, who are both 31, decided to pack up their lives in Connecticut and move to Las Vegas to be closer to family. Thaddeus gave up his job as a supervisor in the call center of a bank where he had worked for more than a decade. Miaya continued working as a medical dispatcher from Las Vegas.

But in April 2020, Miaya Bennett was let go from her job, and the couple suddenly found themselves living off unemployment checks for the first time in their lives. Miaya Bennett started studying to get a real estate license, and her husband took part-time jobs to keep an income coming in.

When the child tax credits arrived this summer, it was “a blessing and a relief,” she said.

For their two children, they received a total of $600 per month. The money helped pay for preschool for Thaddeus Jr., which costs roughly $200 a week for full-time care. “We don’t receive enough to put two kids into pre-K, so right now it’s just my son,” his mother explained.

But being able to use the checks to pay for one child’s preschool allowed the couple to keep paying for their children’s extracurricular activities — karate for Thaddeus Jr., ballet for Bailey.

“We consider ourselves blessed to be in a position to not have to say ‘not today’ to our kids for the simple things,” said Thaddeus Sr., who in May landed a full-time job at a mortgage company.

Last December, Kelly Bonner, 46, was down to just $50 in her bank account after being let go that April from her waitressing job. She and her children could afford only unhealthy meals, like ramen or processed foods. Some nights she didn’t eat at all so that there was enough food for her sons.

“The amount of food stamps that we were getting, I could use that entire monthly allotment in one week,” she explained.

She did everything she could to stretch her unemployment checks and food stamps as far as possible, but she was always left with very little cash. She dreaded having to tell her sons that they might not be able to celebrate Christmas.

It was only because a generous friend gave her some extra money that she was able to pay rent that December and cobble together a Christmas dinner for her family.

“Every month, it’s just been like, How do we make it through?” she said. Then, this past summer, her car broke down. Doctors appointments and therapy for her youngest son, who has autism and mild attention deficit hyperactivity disorder, became impossible to access.

When the first child tax credit check arrived in July — a total of $750 for three of her four boys — the timing could not have been better, Bonner said. It went straight to repairing her car, which cost $550. The other checks have helped her buy healthier food, like fresh produce, for her sons. Over the summer, she took the boys swimming in an indoor pool, which costs roughly $25 for the five of them. She could even afford to take her 15-year-old, Gavin, to a Dropkick Murphys concert.

“That was a real luxury,” she said, “but then I built that memory with him, which is so special to me.”

And this year, she said, she’ll have the money to cook an even better Christmas dinner.

As owners of an ice-cream parlor, Blayne and Kayla Midthun, who are both 38, had come to expect seasonal ups and downs in their business, but not the kinds presented to them during the pandemic. Like most other small-business owners, they thought that shuttering their store, Ramone’s, during the early lockdown would be swift and temporary. “I remember thinking, OK, we’ll be back to business by our peak season in the summer,” Blayne Midthun said.

Instead, they had to apply for loans from the Paycheck Protection Program, adding to the debt that their 4-year-old business had already accumulated. They pivoted their business model from being primarily driven by in-store dining to relying more on takeout and delivery.

“We literally had never had an online store before,” Kayla Midthun said. “So I had to set that up, watching online tutorial videos, getting pictures of our products done, with the kids running around.”

He took on a few side gigs, installing drywall and painting, to keep money coming in. In November, the couple took out another business loan. But because they also own a few properties around town that they rent out, they remained financially stable with a little belt-tightening. When they started receiving a child tax credit of $750 a month for their three children, they put the money straight back into their business — to keep their operating expenses in check.

A couple of months into the pandemic, Maria Silva’s car was repossessed.

Her partner, Orlando Granillo, a barber, had lost his job in April 2020, and the unemployment checks were barely enough to cover rent and food. They put electric and internet bills on four different credit cards, piling up debt. “Every day we lived in fear of our water being turned off or our gas,” she said, so they simply could not keep paying for the car.

It was the lowest point of the pandemic for them. “It’s one of those things where you just don’t realize how lucky you are to have certain things, like a vehicle, until it’s gone,” Silva said.

Granillo, 37, eventually went back to work in September 2020, which Silva, 40, said was scary because of the risk of COVID-19 exposure, but they needed the money. He would borrow his mother’s car to get around.

The child tax credit has helped the Granillos get back on their feet: It covers utilities, Silva said, and is helping them pay off some of their credit card debt. It has also enabled them to lease a used car.

Receiving the monthly payments has been “surreal and unbelievable,” she said.