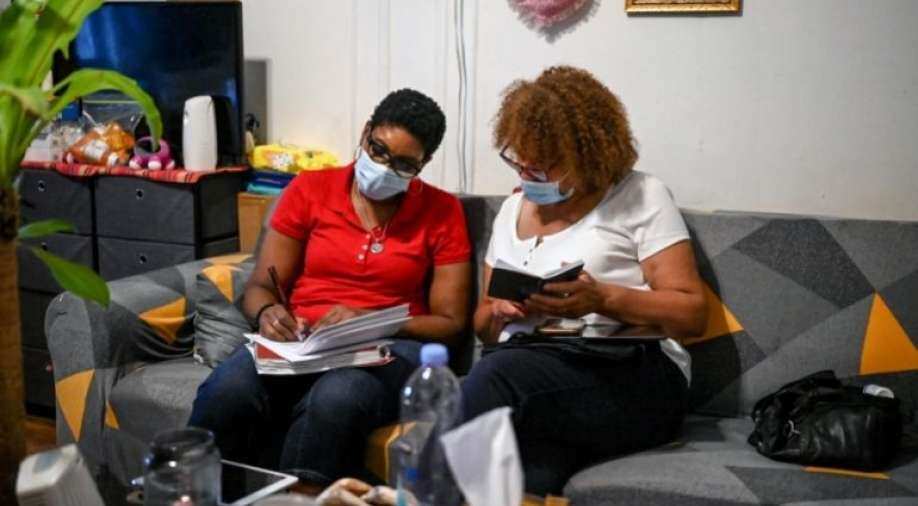 State authorities announced they would stop accepting new applications as of Oct. 8, adding that even those who had applied in the two weeks before that deadline might not be approved.

Earlier this year, New York created a $2.1 billion fund to help immigrants living in the country without legal permission and others who weathered the pandemic without access to government relief. The Excluded Workers Fund, by far the biggest of its kind in the country, was intended to provide eligible workers with one-time payments to help cover costs associated with joblessness, such as back rent and medical bills.

But just a few months after the state began accepting applications, the fund is about to run out of money, following a blitz in claims and a speedy distribution of aid. State authorities announced they would stop accepting new applications as of Oct. 8, adding that even those who had applied in the two weeks before that deadline might not be approved.

The fund’s rapid depletion could mean that tens of thousands of applicants might miss out on payments, according to organizers and state lawmakers who championed the fund.

It could also mean that thousands more may never get an opportunity to apply at all, including upstate workers or other immigrants in more isolated areas who do not have transportation or ready access to the community-based organizations that have been instrumental in helping people assemble their applications.

Soaring demand for the fund has placed pressure on Gov. Kathy Hochul to add more money to the pot in what could be an early test of her progressive bona fides as she campaigns next year. Hochul, a Democrat, had made it a priority to fast-track the disbursement of the original $2.1 billion when she ascended to the state’s top job after Gov. Andrew Cuomo resigned in August.

The fund, which awards grants of up to $15,600, was one of the most contentious points of debate during negotiations over the state budget and had faced some resistance from Cuomo, who said he was concerned about the risk of fraud.

Also read | A COVID-19 relief fund was only for black residents. Then came the lawsuits

Republicans, who are in the minority in the Legislature, have pushed back on the idea of diverting additional taxpayer dollars to the fund.

“It’s not surprising that there’s no amount of money that will ever be enough for these advocates,” said Sen. Rob Ortt, the Republican minority leader in the state Senate. “They want to make this a permanent thing.”

To date, the state has distributed just over two-thirds of the fund to about 128,000 people, a fraction of the nearly 351,000 claims that were received.

Hochul said last week that “$2.1 billion was an extraordinary amount of money, and we don’t have that level of money available just to deploy for something like this.”

She added that her administration was instead looking at “short-term” solutions while suggesting that the discussion of additional money might be taken up again early next year when the state Legislature returns to session to pass the next budget.

It is unclear how much support expanding the fund has in the Legislature. While a group of 15 lawmakers, including Sen. Jessica Ramos, a Queens Democrat who sponsored the legislation that created the fund, sent a letter this month to Hochul asking for additional money, Democratic leaders have stayed quiet. Sen. Andrea Stewart-Cousins, the majority leader in the Senate, declined to comment, while Carl E. Heastie, the speaker of the Assembly, did not reply to requests for comment.

At dozens of community organizations, employees helped workers pull together the materials required to apply as more and more people arrived in September, inspired by the stories of friends and neighbours who had received payment, said Angel Reyes, the Long Island regional coordinator for the Rural and Migrant Ministry.

Reyes said he and his colleagues knew of many more people in the area who were not coming in, whether because of fear their information would be shared with authorities or a lack of transportation options. On Eastern Long Island, home to large numbers of Latin American immigrants who work in landscaping, farming and nurseries, “public transit is virtually nonexistent,” said Reyes, a situation also common in the Hudson Valley and farther upstate.

Many workers work long hours, some of them seven days a week, he added, creating another obstacle.

Abraham de la Cruz, 43, who lives in Hudson, New York, lost most of his restaurant and construction work when the pandemic hit and got by on about $100 a week, he said. He moved in with a relative, sleeping on her couch.

De la Cruz, who attended school only through the second grade in Oaxaca, Mexico, said he did not know about the fund until it was too late to apply, in part because he cannot speak English or read very well. Last week, a friend told him about it.

“I still don’t have stable work,” he said in Spanish. “She asked me how I was doing, and I said, ‘The truth is, not so great.”

Even in New York City, many eligible applicants faced administrative hurdles that they said they did not have time to resolve before the application period ended.

Applicants had to submit proof of identity, residency and income history, such as letters from employers. Many cash earners faced reluctance from employers, who did not want to disclose that they had been paying workers under the table. Others had difficulty providing proof of residency because they live in illegally subdivided apartments or basements or their names are not on a lease.