80% of all smokers live in low-and-middle income countries: WHO 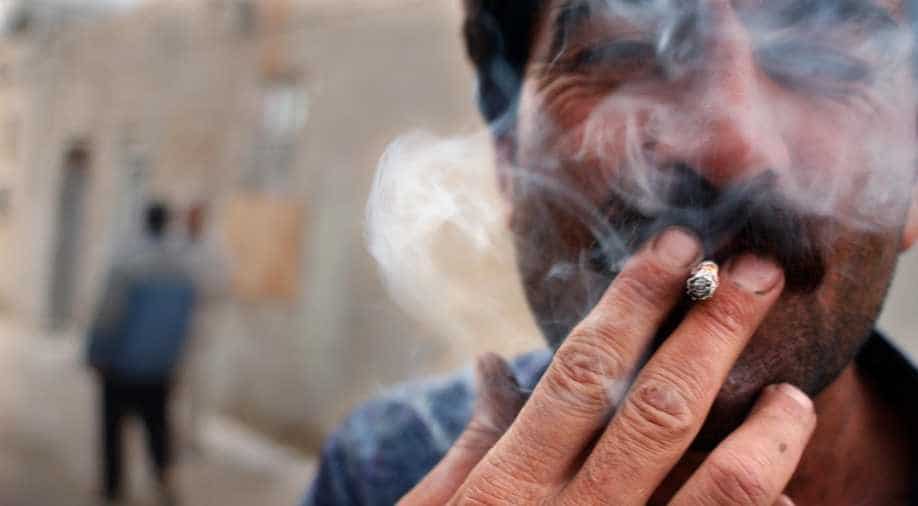 Left unchecked, the tobacco industry and the deadly impact of its products cost the world's economies more than USD 1 trillion annually in health care expenditures and lost productivity, it said. Photograph:( Getty )

Nearly 80 per cent of the over one billion tobacco smokers globally live in low-and-middle income countries like India, WHO said today and asserted that policies to control its use, including taxation and price increase, can generate revenues for health care and development work.

According to a new landmark global report by the World Health Organization (WHO) and the National Cancer Institute of the USA, published in 'the economics of tobacco and tobacco control', around 6 million people die annually as a result of tobacco use, with most of them living in developing countries.

"Policies to control tobacco use, including tobacco tax and price increases, can generate significant government revenues for health and development work. Such measures can also greatly reduce tobacco use and protect people's health from the world's leading killers, such as cancers and heart disease," the report said.

Left unchecked, the tobacco industry and the deadly impact of its products cost the world's economies more than USD 1 trillion annually in health care expenditures and lost productivity, it said.

"Globally, there are 1.1 billion tobacco smokers aged 15 or older, with around 80 per cent living in low- and middle-income countries. Approximately 226 million smokers live in poverty," it said.

The monograph, citing a 2016 study, states that annual excise revenues from cigarettes globally could increase by 47 per cent or USD 140 billion, if all countries raised excise taxes by about USD 0.80 per pack.

Additionally, this tax increase would raise cigarette retail prices on average by 42 per cent, leading to a 9 per cent decline in smoking rates and up to 66 million fewer adult smokers, it said.

"The global health and economic burden of tobacco use is enormous and is increasingly borne by low- and middle-income countries (LMICs). Around 80 per cent of the world's smokers live in LMICs," it said. India has been classified under 'lower-middle income country/South Asia' by the World Bank.

India has implemented, from April 2016, large pictorial health warnings occupying 85 per cent of the principal display area of tobacco packs and on all forms of tobacco. India is third among countries with the largest pictorial warning on tobacco products, according to a recent report.

WHO said that the market power of tobacco companies has increased in recent years, creating new challenges for tobacco control efforts.

"As of 2014, five tobacco companies accounted for 85 per cent of the global cigarette market. Policies aimed at limiting the market power of tobacco companies are largely untested but hold promise for reducing tobacco use," it said.

The report said that effective policy and programmatic interventions exist to reduce demand for tobacco products and the death, disease, and economic costs resulting from their use, but these interventions are "underused".

The WHO Framework Convention on Tobacco Control (WHO FCTC) provides an evidence-based framework for government action to reduce tobacco use.

"The economic impact of tobacco on countries, and the general public, is huge, as this new report shows. The tobacco industry produces and markets products that kill millions of people prematurely, rob households of finances that could have been used for food and education, and impose immense health care costs on families, communities and countries," said Oleg Chestnov, WHO's Assistant Director-General for Noncommunicable Diseases and Mental Health.

In 2013-2014, global tobacco excise taxes generated nearly USD 269 billion in government revenues. Of this, less than USD 1 billion was invested in tobacco control, WHO said.

"Progress is being made in controlling the global tobacco epidemic, but concerted efforts are needed to ensure progress is maintained or accelerated.

"In most regions, tobacco use prevalence is stagnant or falling. But increasing tobacco use in some regions, and the potential for increase in others, threatens to undermine global progress in tobacco control," it said.