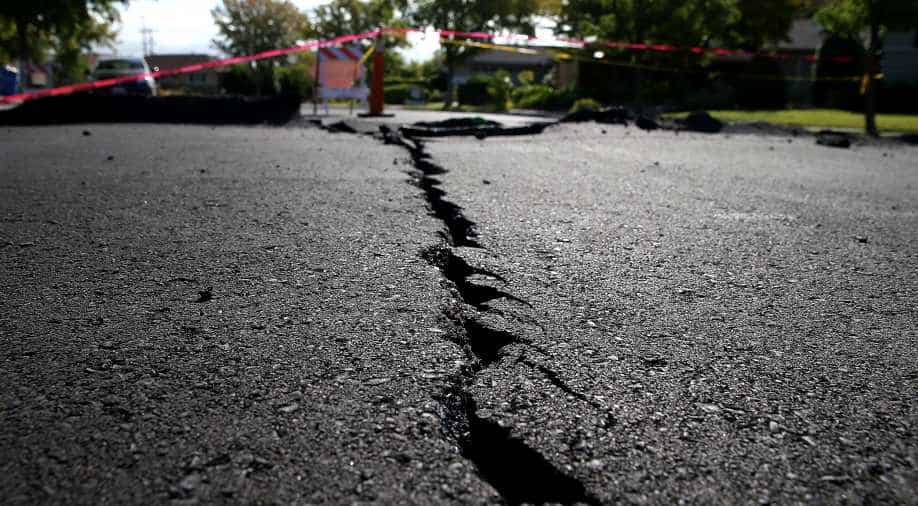 There were no immediate reports of damage or casualties from the quake. (Representative image) Photograph:( Getty )

A strong earthquake with a magnitude of 7.9 struck 157 km (98 miles) east of Rabaul in Papua New Guinea on Saturday, the U.S. Geological Survey (USGS) reported, prompting a warning about potential tsunami waves in the region.

"Widespread hazardous tsunami waves are possible," the Pacific Tsunami Warning Center (PTWC) said in a message following the quake, which struck the New Ireland region of Papua New Guinea at a depth of 103.2 km.

The PTWC said tsunami waves were possible in the next three hours along some coasts of not only Papua New Guinea, but also Indonesia, the Solomon Islands, Pohnpei, Chuuk, Nauru, Kosrae and Vanuatu.

New Zealand also issued a tsunami warning, while Hawaii and Australia said there was no threat to their coastlines.

"We're continuing to assess the situation ... at this stage we are advising New Zealanders to stay off the beaches, stay out of the water, not go sightseeing and to listen to the radio and TV," a spokeswoman for the Ministry of Civil Defence & Emergency Management said.

"At this stage, the warning's been issued for the whole of NZ," she said.

There were no immediate reports of damage or casualties from the quake, which the USGS initially measured at magnitude 8 and at a depth of 73 kms.

Quakes are common in Papua New Guinea, which sits on the Pacific's "Ring of Fire", a hotspot for seismic activity due to friction between tectonic plates.