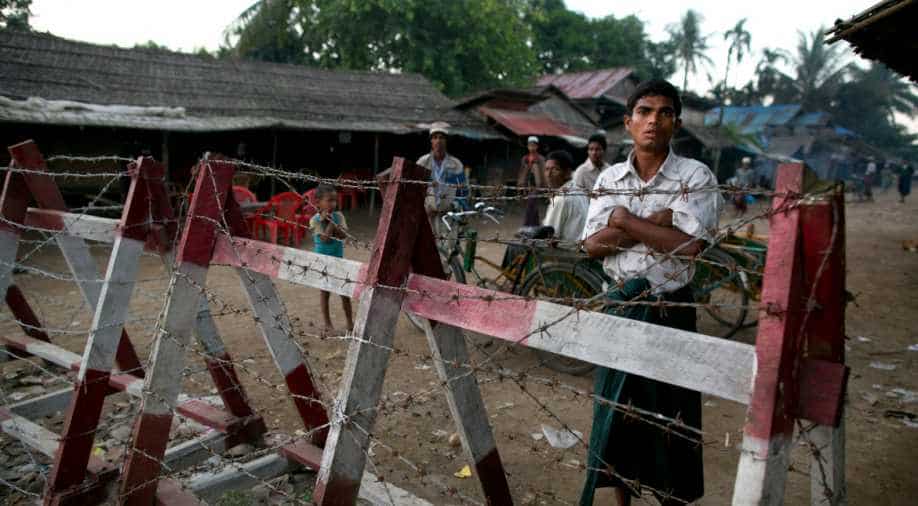 Heavy restrictions on access to the area has made it difficult for foreign journalists and independent observers to verify the government reports or allegations of army abuse. Photograph:( Getty )

Myanmar's security forces have killed almost 70 people since taking control of the northern Rakhine state last month, the army said, adding that media reports of widespread destruction in the area were "false news".

Troops have poured into a strip of land along the border with Bangladesh, an area largely home to the Muslim Rohingya minority, since deadly raids on police border posts on October 9.

Clashes escalated over the weekend when troops killed more than 30 people in two days of fighting that saw the military use helicopter gunships for the first time.

A hunt for the attackers has seen a total of "69 Bengalis (Rohingya) killed and 234 arrested" between October 9 and November 14, according to a Facebook post by the army chief's office late Monday.

"Seven soldiers, including one commanding officer... and 10 police sacrificed their lives", it added.

Myanmar's army has tightly-controlled information about their operations in the region and denies reports from activists that troops are killing civilians, raping women and torching homes.

Heavy restrictions on access to the area has made it difficult for foreign journalists and independent observers to verify the government reports or allegations of army abuse.

The army chief's office also hit out at figures from Human Rights Watch, which released satellite images they said showed more than 400 razed buildings in three Rohingya villages where clashes have taken place.

The army statement said only 227 buildings had been burnt down and accused Rohingya "terrorist arsonists" of setting fire to houses in a bid to discredit the military.

The swell of violence in Rakhine has posed the biggest challenge so far to Aung San Suu Kyi's government and raised questions over her civilian administration's ability to control the army.

Rakhine has sizzled with religious tension since violence between the majority Buddhist population and the Muslim Rohingya left more than 100 dead and pushed more than 100,000 into squalid displacement camps in 2012.

Suu Kyi has faced global censure from rights groups for failing to come out in strong defence of a minority that the UN has labelled as one of the world's most persecuted peoples.