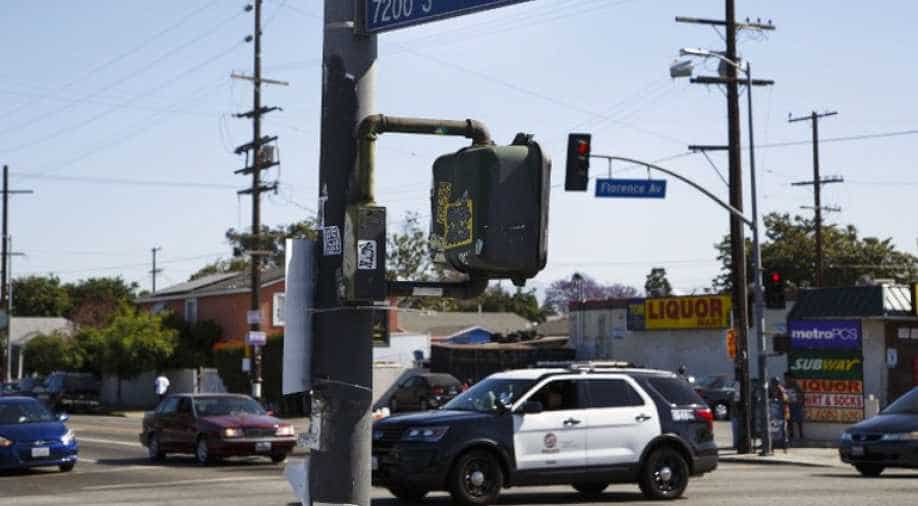 The officers’ dismissal was announced by the Savannah Police Department on Monday. That same day the city’s police chief and mayor met with the family of William Harvey, who officers said hanged himself with his shoelaces on April 3 after officers questioned him at police headquarters as part of an investigation into an aggravated assault

Five police officers in Savannah, Georgia, have been fired after a Black man hanged himself while in custody in April, a death that three of them mocked in a text message exchange that contained a crude GIF, officials said this week.

The officers’ dismissal was announced by the Savannah Police Department on Monday. That same day the city’s police chief and mayor met with the family of William Harvey, who officers said hanged himself with his shoelaces on April 3 after officers questioned him at police headquarters as part of an investigation into an aggravated assault.

Harvey, 60, was found unresponsive in an interview room where he had been left alone. His death was ruled a suicide by the Georgia Bureau of Investigation.

But his family has faulted the police over the actions of officers leading up to and after his death. They said the police had neglected the warning signs that Harvey had been in distress, failed to activate all of the cameras that were in the room and later made light of the tragedy in a group text message exchange.

Roy W. Minter Jr., the Savannah police chief, said at a media briefing Tuesday that Harvey’s death could have been prevented if not for missteps of officers.

“I don’t think any of these officers had any malicious intent in what they did, but they made some poor decisions and didn’t follow department policy and procedure,” Minter said.

The punishment of the officers, who have not been charged with any crimes, came as police departments across the nation are facing intense scrutiny over misconduct and complaints of institutional racism after the death of George Floyd while in custody in Minneapolis.

“When you’re in the care custody of the police, you should be able to enter an interrogation room and emerge alive,” Francys Johnson, a lawyer for the Harvey family, said at a news conference Monday.

Harvey’s relatives said they would not rest until there was full transparency about what happened in the interview room and until justice was served.

“We’re not going to stop until we get all our questions answered,” Harvey’s son Michael Harvey said at the news conference. “Because we just want to know the truth.”

Two of the officers — Cpl. Silver Leuschner and Sgt. Michael Kerr — were fired over their response to the situation, the Savannah Police Department said. A third officer was suspended.

Officials said that Leuschner had breached the department’s conduct policy and had failed to turn on cameras during the encounter. They said that Kerr had breached his responsibilities as a supervisor. The officials did not elaborate.

Leuschner said in an email Tuesday night that at the time of Harvey’s death she was 15 minutes from headquarters at a hospital checking on a victim and that Kerr was also not in the building. She said that two patrol officers who had been sitting outside the interview room for 40 minutes and did not check on Harvey kept their jobs. A camera system in the interview room, she said, was not working properly.

“I was told, ‘This is political, so someone has to go,’ ” said Leuschner, who called herself a scapegoat.

Kerr could not be immediately reached for comment Tuesday night.

It was not immediately clear if he and the other officers had lawyers. The Southern States Police Benevolent Association did not immediately respond to a request for comment Tuesday night.

In the text message exchange, obtained by the television station WSAV, one of the officers shared a GIF that showed a Black man hanging himself from a noose.

A person responding from an email address listed for Curtis declined to comment Tuesday night. Hewett and Tremblay could not be immediately reached for comment.

Minter said Tuesday that he had reviewed some of the officers’ body camera footage from the encounter with Harvey and that it was tough to watch.

“It’s been extremely heartbreaking to see the impact this particular situation has had on the Harvey family,” he said. “I hope and pray that they find some type of comfort knowing that the Savannah Police Department did what we had to do to hold members of our organization accountable.”