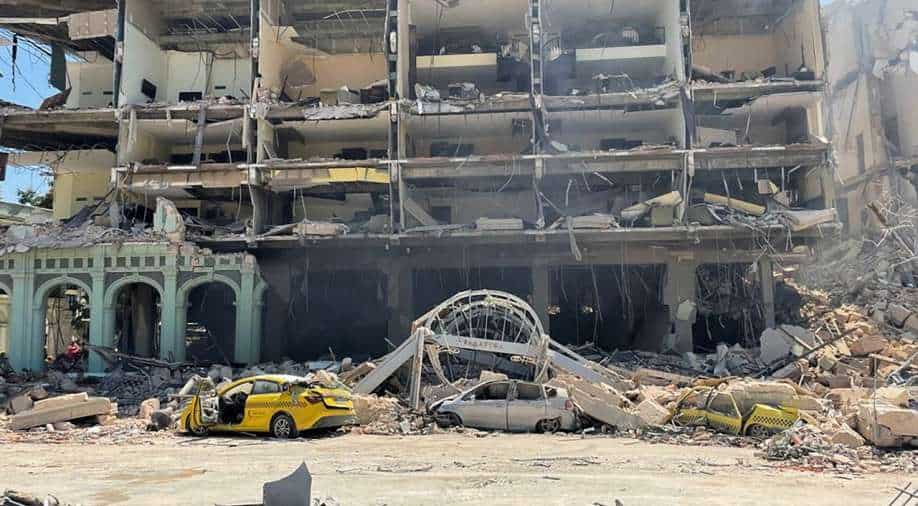 Images from the scene showed dark plumes of dust billowing into the air and leaving rubble strewn across the street in the historic centre of Havana.

A powerful explosion ripped through a Havana hotel in Cuba on Friday morning, claiming at least eight lives and leaving over 30 people injured.

Police and fire rescuers have been dispatched to the site and combing through rubble for survivors, as at least 13 people were reported to be missing, the presidency, in a tweet, quoted Havana Communist Party official Luis Antonio Torres Iribar.

"So far, eight people have died and about 30 are hospitalized," the Cuban presidency tweeted after the blast.

Images from the scene showed dark plumes of dust billowing into the air and leaving rubble strewn across the street in the historic centre of Havana.

Cuban President Miguel Díaz-Canel ruled out a bomb explosion and said that a gas leak is believed to be the cause of the blast at Hotel Saratoga.

Witnesses described a "massive blast," which appeared to destroy buses and cars outside the hotel in the centre of the city.

At least two ambulances and five fire trucks rushed to the hotel, and police cordoned off the area, dispersing people who swarmed to the site after hearing the blast, according to AFP.

The hotel, which was built in the 1930s, has 96 rooms and was reopened in 2005 after refurbishment, according to its website.

“Though we have not been able to verify the origin of its name, it is likely that it stems from the US resort town of Saratoga in the State of New York,” the hotel website states.