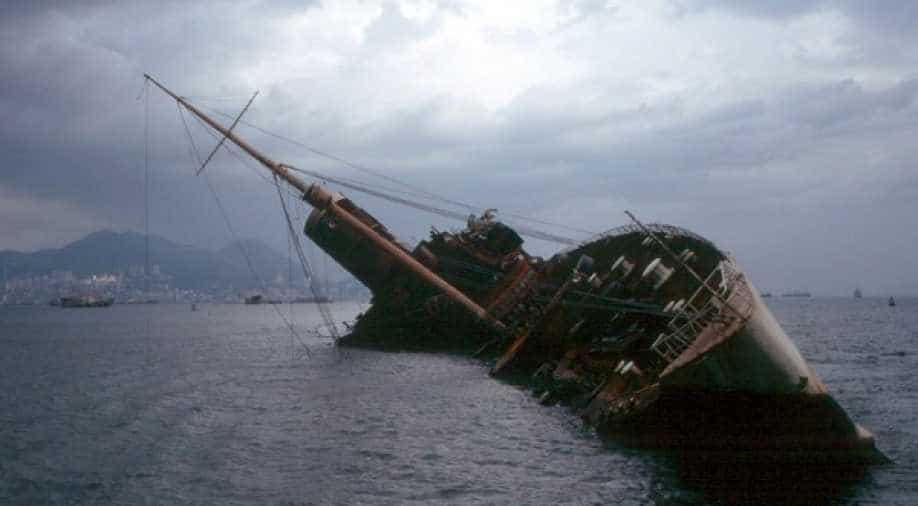 The accident happened on Sunday morning off San Diego, with all aboard the 40-foot (12 meters) vessel jumping into the choppy water as it slowly disintegrated, witness video showed

An overcrowded smuggling boat capsized on Sunday off the California coast after crashing into the shoreline, killing three people and leaving 27 people hospitalised with a range of injuries, authorities said.

The accident happened on Sunday morning off San Diego, with all aboard the 40-foot (12 meters) vessel jumping into the choppy water as it slowly disintegrated, witness video showed.

"It was a smuggling vessel," Jeffery Stephenson of the Customs and Border Protection Public Affairs Office told reporters. "Border Patrol agents are with a man we believe was the operator."

Also read- Migrant boat with 130 aboard capsizes off Libya: NGO

"Smugglers don't care about the people they're exploiting," he said.

"All they care about is profit. They had inadequate safety equipment and obviously this vessel was severely overcrowded."

Those aboard were likely migrants trying to illegally enter the United States, Stephenson said.

The 27 survivors were taken to hospitals with "varying degrees of injuries," said Jose Ysea, a spokesman for the San Diego Fire-Rescue Department.

"This was a mass rescue operation that turned into a mass casualty event," he said.

The accident took place as the United States grapples with huge waves of undocumented migrants arriving at its southern border.

Officials and migrants say the influx was sparked by increased poverty and violence in Central America, as well as President Joe Biden's promise of a more humane policy toward immigrants.

US Customs and Border Protection said on Friday it was stepping up patrols off the San Diego coast over the weekend to disrupt migrant smuggling runs.

"We've seen a dramatic increase in the number of maritime smuggling attempts recently," Chief Patrol Agent Aaron Heitke of the US Border Patrol's San Diego sector was quoted as saying in a statement.

"All of these illegal crossings at sea are inherently dangerous, and we have seen too many turn from risky to tragic as smugglers sacrifice the safety of those on board for the sake of profits."