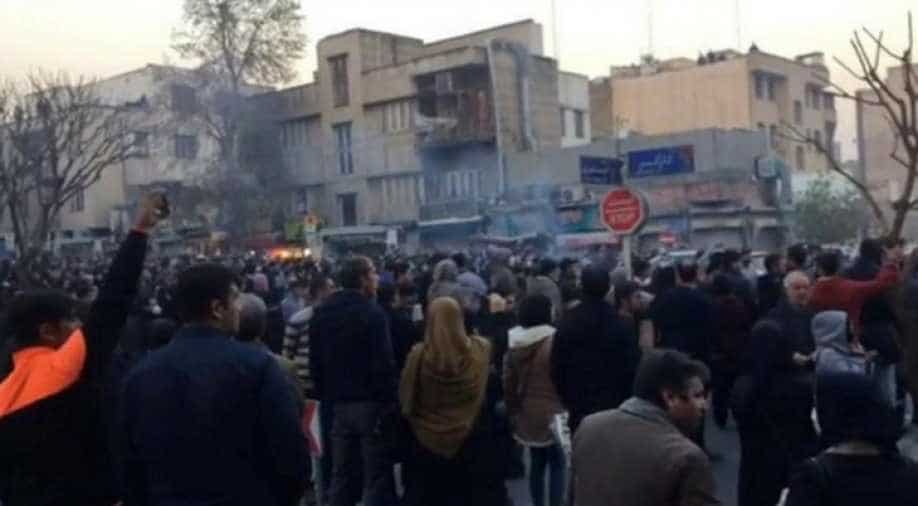 Judiciary spokesman Gholamhosein Mohseni Ejehi said that just 55 people still remain in detention in the capital in connection with the protests. Photograph:( Reuters )

Around 25 people, including security forces, civilians as well as six protestors, were killed in Iran on Sunday after unrest in several towns and cities following the recent anti-government protests.

“Twenty-five people, ordinary citizens and our own forces, were killed during the recent troubles,” said judiciary spokesman Gholamhossein Mohseni Ejeie, according to the Mizanonline news agency.

“None were killed by shots from the security forces because they were ordered not to use their weapons,” he added.

On Sunday, Iranian officials announced that hundreds of people detained in the protests had been released.

The semi-official Fars news agency quoted judiciary spokesman Gholamhosein Mohseni Ejehi as saying that just 55 people remain in detention in the capital in connection with the protests.

Last week, an Iranian reformist lawmaker, Mahmoud Sadeghi, said some 3,700 people were arrested across the country.

The protests, which began three weeks ago, were initially sparked by anger at the weak economy and official corruption, but escalated rapidly, with some protesters calling for the overthrow of the government and clashing with security forces.

The unrest began over economic issues but quickly grew into protests against the Islamic regime as a whole, with attacks on government and police buildings.

The government has said a total of 42,000 people participated in the unrest -- a figure that is hard to verify due to limited information from the provinces where most of the unrest took place.