19 militants killed in security operation after attack on Christians: Egypt 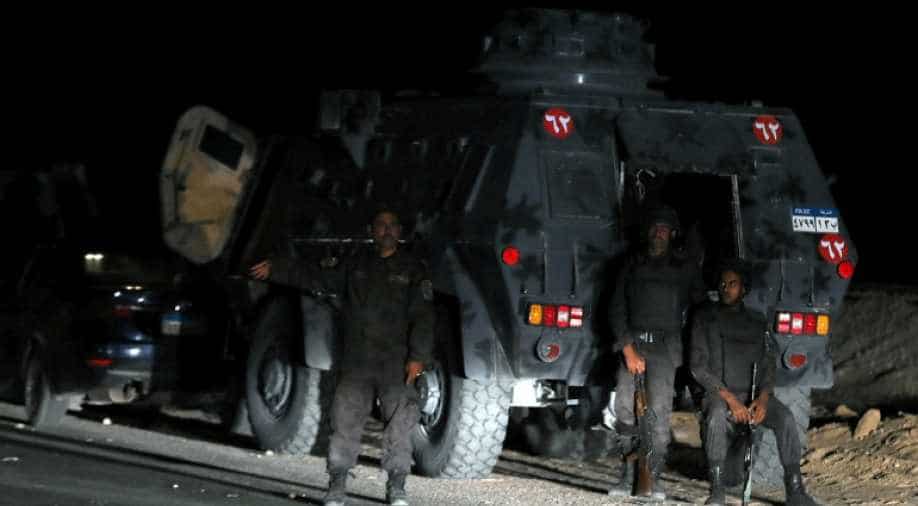 Security guards stand near the site of an attack in Minya. Photograph:( Reuters )

The suspects were killed in a firefight in the desert west of Minya province after security forces pursued them, the ministry said in a statement.

Egyptian security forces killed 19 Islamist militants from a cell believed to be responsible for an attack on Christians in Minya province in central Egypt which left seven people dead, the interior ministry said on Sunday.

The suspects were killed in a firefight in the desert west of Minya province after security forces pursued them, the ministry said in a statement. It did not say when the firefight took place.

Islamic State has claimed responsibility for the Minya attack, which occurred on Friday, though it provided no evidence of its involvement.

Gunmen killed at least seven Christians in an attack on a bus near a Coptic monastery in Egypt on Friday, authorities said - the most serious assault on the minority in more than a year.

The attack took place very close to the spot where gunmen killed 28 Christians in a similar assault in May 2017.

Pope Francis said he was pained Sunday over an attack, claimed by Islamic State, on Coptic Christians in Egypt which left seven dead.

"I express my pain after the terrorist attack which two days ago hit the Coptic Orthodox church in Egypt," Francis said in Saint Peter's.

"I pray for the victims, pilgrims killed just because they were Christian," he added.