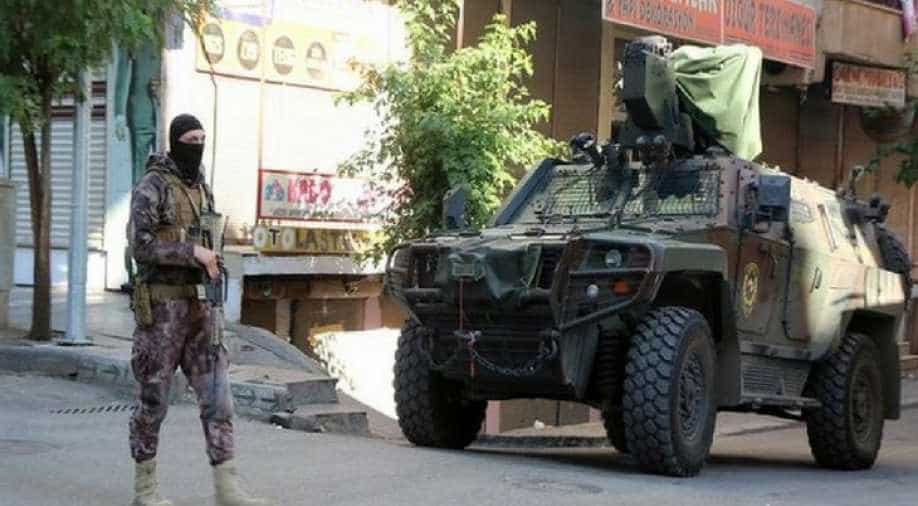 The Kurdistan Workers' Party or the PKK is listed as a terrorist organization by Turkey. Photograph:( ANI )

A total of 18 Kurdistan Workers' Party (PYD/PKK) terrorists have been neutralised in Turkey's southeastern provinces of Diyarbakir in Mardin and northern Iraq this week, Anadolu Agency quoted a Turkish General Staff as saying.

One of the neutralised terrorists was from the senior cadre of the PKK. One soldier was martyred and two were wounded during the operations in the same period.

The Turkish military is also involved in an operation called 'Olive Branch', which was launched on January 20 to clear PKK and IS terrorists from Afrin in northwestern Syria.

Under operation 'Olive Branch' 3,213 terrorists have been neutralised till now. As per the military statement, 42 soldiers were killed and 202 were wounded, out of which 117 soldiers returned to their duties after medical treatment.

It has been listed as a terrorist organisation by Turkey, the United States and the European Union.

The PKK is responsible for the deaths of more than 1,200 Turkish security personnel and civilians.

An improvement of relations between Turkey and Iraq is likely to see the two sides take part in joint operations against the Kurdistan Workers’ Party (PKK) in the Qandil Mountains of northern Iraq.

Turkish Foreign Minister Mevlut Cavusoglu, during a visit to Vienna, said the joint Iraqi-Turkish operation could start after the May 12 elections in Iraq. Iraqi authorities have yet to officially comment.

The military cooperation would target any Islamic State (ISIS) militants in northern Iraq.