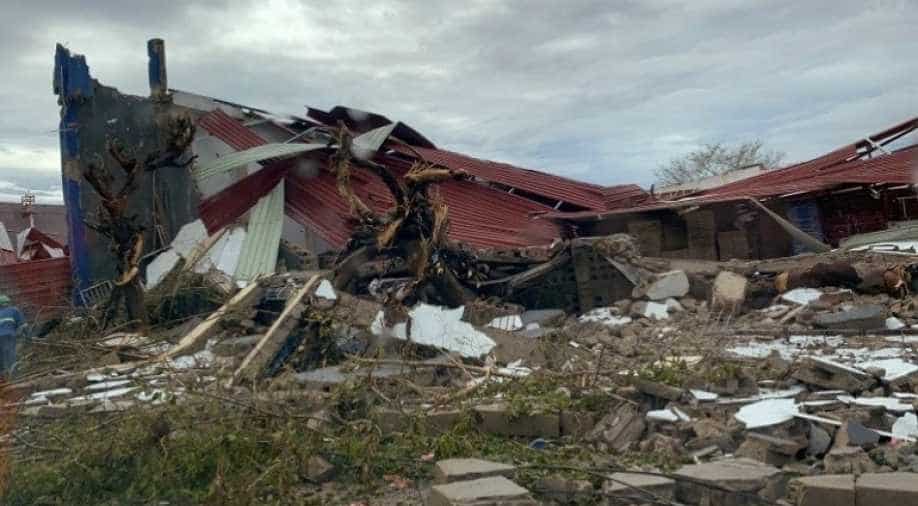 Around 3,000 people have been rescued so far since Tropical Cyclone Idai struck the flood-prone impoverished southern African country.

About 15,000 people still need to be rescued from floods after central Mozambique was pounded by a cyclone last week, Land and Environmental Minister Celso Correia said Thursday.

"Yesterday we had counted 15,000 people that still need rescue today -- 15,000 people who are in bad shape. They are alive, we are communicating with them, delivering food, but we need to rescue them and take them out," he told reporters.

He said around 3,000 people have been rescued so far since Tropical Cyclone Idai struck the flood-prone impoverished southern African country.

"There's still a lot of people on the ground in need of rescue. We are working with 120 specialists and a lot of teams to keep on rescuing."

"Our priority now is to make sure we take food, shelter and medicine to the people that are isolated in small islands or in big islands and villages.

"We are working 24 hours to make sure we are taking the food and medicine to those people to make sure we avoid live losses because of sickness," the minister said at Beira airport, which has become the humanitarian relief coordination hub.

The cyclone made landfall last week in central Mozambique before hitting neighbouring Zimbabwe where at least 139 have been killed.