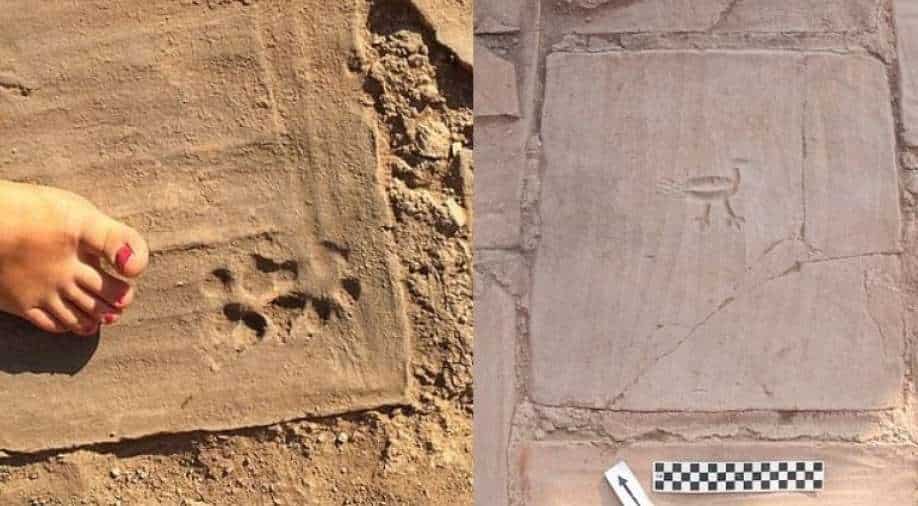 1500-year-old paw prints of dogs were found preserved on tiles in a Turkey house (Image credit: President and Fellows of Harvard College) Photograph:( Others )

According to the archaeologists, the house might have belonged to people involved with the military of the time based on other objects recovered

“Dogs are a man’s best friend,” saying is an old adage but nobody knows how old? Right, well, now archaeologists have made a significant discovery to ascertain it. A team of archaeologists have found a 1,500-year-old house in Turkey, which has tiles with paw prints of a small-sized dog or a puppy.

The discovery is proof that dogs have been a part of our lives for a long time. The house also boasts of great décor with terracotta tiles and painting on the wall.

“The tiles with paw prints of a dog seems to be pressed into the material of the tiles. These tiles have preserved the paw prints of dogs and a hoofprint of a goat,” said Frances Gallart Marqués during a virtual presentation at the Archaeological Institute of America (AIA) and the Society for Classical Studies (SCS).

It looks like the animals must have walked onto the tile as they laid out drying. The team also found paintings on the tiles, which may have been chickens or ducks.

These tiles were probably 'finger-drawn before the tiles were fired’. The floor tiles seem to be matching well with the overall décor of the house, based on the paintings and décor items recovered from the walls.

The wall paintings were painted on plaster and had mimic draped curtains and polychrome marble. According to the archaeologists, the house might have belonged to people involved with the military of the time based on other objects recovered. They also found five-longswords that suggest the owners were involved in warfare. Buckles were also discovered from the house, which supports the claim.

The team also thinks the house might have been in use for over 200 years but was destroyed in an earthquake during the early seventh century.