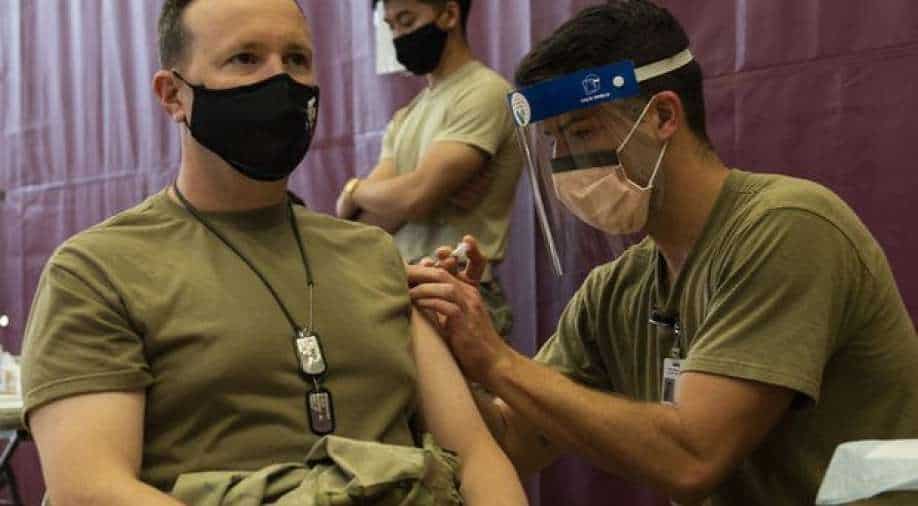 As of the last month, 94 per cent of the Air Force have been vaccinated, Photograph:( WION Web Team )

Tonga reported its first case of Covid-19 on Friday, amid warnings of a national lockdown from next week

Around 12,000 members of US Air Force have defied the US Department of Defence's August order on mandatory COVID-19 vaccination, making them liable to be dismissed from their services, the Washington Post has reported.

The US defence ministry had asked the troops to be fully vaccinated by Tuesday.

Those who fail to meet the order are likely to be dismissed or be charged by the military justice system, but the exact sanctions are unknown yet, according to Newsweek.

US Air Force has become the first military branch to face mass refusal to vaccinate since it became mandatory two months ago.

As of early October, roughly 60,000 members of the Air Force were unwilling to get vaccinated. Meanwhile, 97 per cent of all US servicemen have as of now received at least one shot, and 87 per cent have been fully vaccinated, according to Pentagon spokesman John Kirby.

As of the last month, 94 per cent of the Air Force have been vaccinated, but the rate has slowed down in recent weeks.

On 25 August, the head of the Pentagon Lloyd Austin ordered all military personnel to vaccinate against COVID-19 with at least one dose by November 2, excluding members of the National Guard and Reserve members who are required to provide vaccination certificates by December 2.

An exception was made only for those who go on leave with subsequent release to the reserve at the end of their service, and will no longer be physically present at their workplace in the Ministry of Defence.

Mandatory vaccination, introduced in some companies and states across the US, has faced resistance, as some employees have refused to get the vaccine.

As far as 19 states in the US have filed legal cases against President Joe Biden’s mandatory vaccination order.

Furthermore, Texas filed the case individually to prevent the Biden administration vaccination rule for federal contractors, according to AP.

Florida had filed the case on Thursday, which brought the total number of states opposing the Biden mandatory COVID-19 vaccine rule, making it the 19th state to do so.