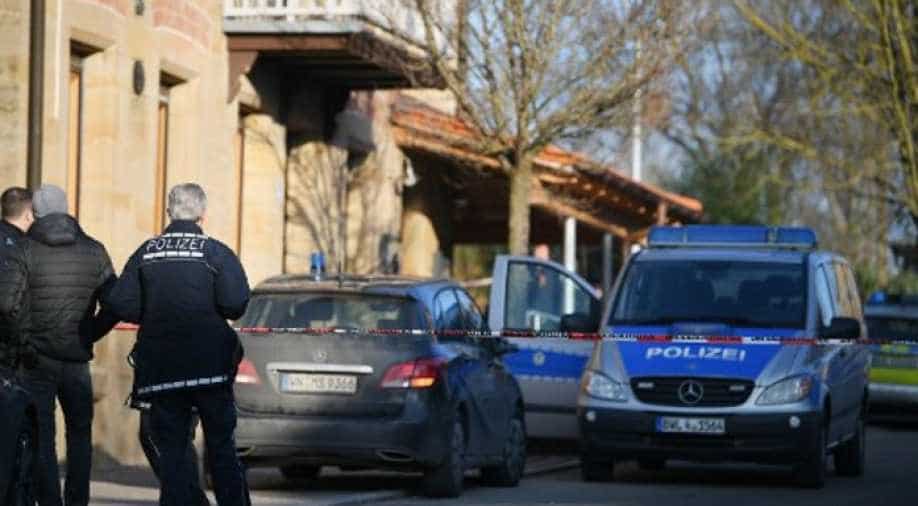 German police search a house after a shooter opens fire in the town of Rot am See Photograph:( AFP )

The shooter, believed to have a personal motive, launched an assault in the town of Rot am See

At least six people were killed and several more injured in a shooting in southwestern Germany, police said on Friday.

The shooter, believed to have a personal motive, launched an assault in the town of Rot am See.

A police spokesman in nearby Aalen told AFP that "several" people were wounded.

A man with a personal connection to the victims had been arrested, the spokesman said.

The Bild newspaper reported that the people killed were all family members of the shooter, adding that the perpetrator was a man born in 1983.

Mass shootings are a comparatively rare occurrence in Germany, although in October a far-right attacker shot two people dead in eastern city Halle after trying to get into a packed synagogue with home-made weapons.

In July 2016, a teenager used a pistol bought illegally online to kill nine people in a shooting spree at a Munich shopping centre, before turning the weapon on himself.