Watch: This man was swallowed by a humpback whale. He lived to tell an incredible tale of survival 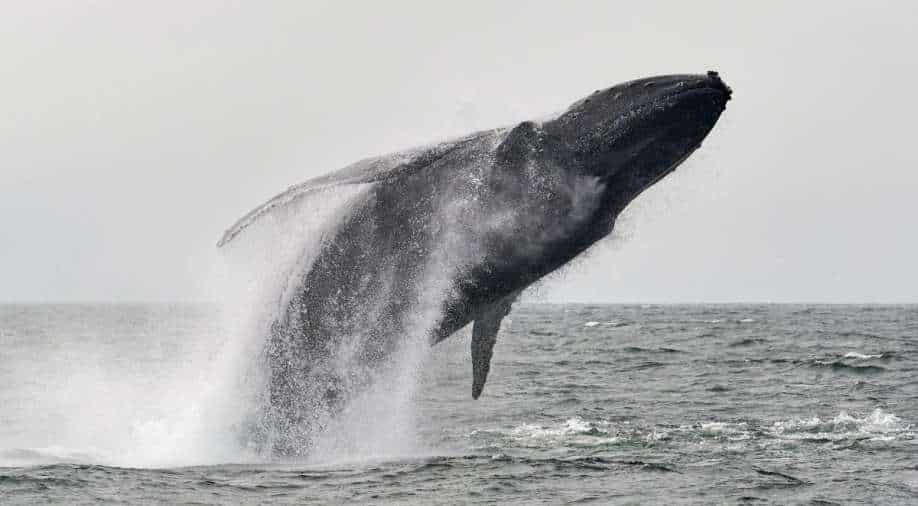 Packard is a commercial lobster diver. The incident happened last year when he was diving for lobsters on the seabed near Herring Cove Beach

A man from the United States recalled his encounter with the humpback whale as he revealed chilling details about the moment when he thought he was going to die after being swallowed by the huge animal.

The horrific incident happened in June last year when Michael Packard, a 56-year-old man, found himself inside the mouth of a humpback whale off the coast of Provincetown, Massachusetts.

Media reports have mentioned that Packard is a commercial lobster diver. The incident happened when he was diving for lobsters on the seabed on a Friday morning near Herring Cove Beach.

He recalled the day while recently speaking to Cape Cod Times as he said, "It was just a normal day for me. I go out right at sunrise. I get in the water and I did two dives. And then the third dive."

"I dove down and I was descending to the bottom. And I just got slammed. Just like a freight train... and then all of a sudden it went black," he said.

Packard said that he was swallowed by a humpback whale, that is often seen off the Massachusetts coast. He said that he could sense he was moving and could feel the whale squeezing the muscles in his mouth.

It is known that humpback whales have a very fine comb made of keratin, which they use to sieve water out of their mouths. In the process, they keep their small krill prey inside.

“I’m in a whales mouth” said lobster diver Michael Packard who was swallowed by a humpback whale while diving today in P-Town. #CapeCod #Boston25 pic.twitter.com/HugWVMzHZk

Michael Packard thought he was a goner… until the whale spat him out during his second dive this morning. pic.twitter.com/ynD5aNvPKp

New episode! We discuss the incredible story of #CapeCod lobster diver Michael Packard & how he ended up inside a whale's mouth. Or did he? We debate & decide for ourselves.https://t.co/d53vmHaBDV, https://t.co/o1TWIasQtT, https://t.co/WBMChDNWtl, https://t.co/MixeYU2cJK pic.twitter.com/OFQKkqgOI9

In Packard's case, the huge mammal must have noticed that it had bitten off more than it could chew and later spit him out.

He said, "And then [the whale] started going up. All of a sudden it just got to the surface and he started shaking his head and getting all erratic... and then boom!"

Packard was inside the whale for about 40 seconds. "Thank god I kept breathing, so I didn't get the bends, or whatever. My lungs didn't explode. I was breathing and he came up at the right ascent," Packard said.