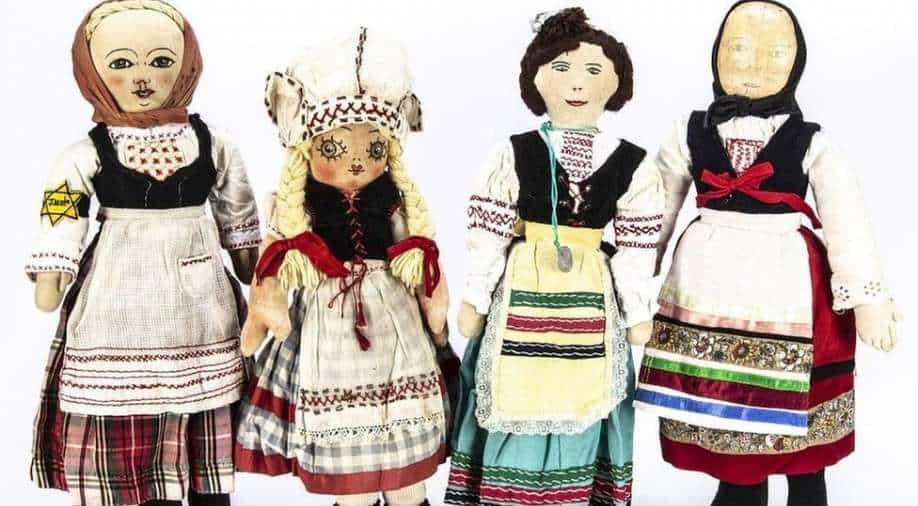 The dolls, which were made during the second world war when Allied forces liberated the Bergen-Belsen camp, belonged to a Birmingham collector.

Four Red Cross cloth dolls made by Jewish prisoners to mark the liberation of a Nazi concentration camp in 1945 fetched £5,625 in an auction. The dolls, which were made during the second world war when Allied forces liberated the Bergen-Belsen camp, belonged to a Birmingham collector. The collector sold them along with a Victorian doll's house at auction in Newbury, Berkshire.

The dolls all sported numbers and information on their bodies which mimicked the tattoos on Jewish inmates at the Nazi concentration camps. According to the auction website, the dolls were made by Polish prisoners of war in the German camp who were rescued and treated by the Red Cross.

According to the auction house, the dolls were bought for a German toy museum who were interested in the style of the dolls and also the history attached to them.

The Birmingham collected inherited the dolls from her grandmother who received them in 1953 while running Birmingham's Dolls' Hospital. According to the auction house, the dolls were quite rare and there were two recorded instances in the past when they were displayed in public.

The first time was during the tour of England by the Women's Institute in the 1950 and later in the 1970s, they were taken out of the family’s estate in order to show them to Anne Frank's father.

There were two more items which were sold at the auction along with the dolls – a Victorian doll's house for around £15,000 and a teddy bear collection for £27,000, the BBC reported.