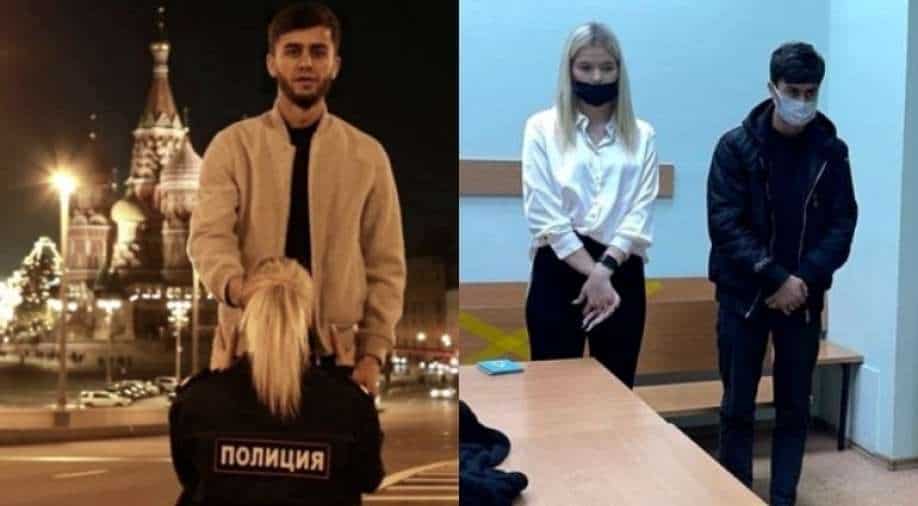 Uniform-wearers are expected to behave in a certain way when they don that jersey that represents their country and the institution, or could face penalty. A Russian police woman learnt it the hard way.

Last month, social media was taken by shock when Ruslan Bobiev (whose real name is Ruslani Murojonzod) and Asya Akimova (Anastasia Chistova) posted pictures where Akimova was seen on her knees, facing her boyfriend which signaled oral sex.

However, the photo became a problem for the couple as the girlfriend had posed for this picture while wearing a police jacket. The picture was clicked with the iconic Red Square cathedral in the background.

When the picture went viral, the couple was detained on the charges for carrying out actions that could hurt the feelings of masses of the country. Experts accused the couple of carrying out these actions "with the purpose of insulting the religious feelings of believers".

The couple has now been ordered 10 months behind bars for the photoshoot as they have been charged with insulting the feelings of believers.

Bobiev and Akimova are the first ones to be sentenced to prison under this law. Before these two, whoever was charged against this law were either fined or had a suspended sentence. This law was passed in 2013 following a music performance by Pussy Riot band inside a cathedral in the capital city.

In 2016, a YouTube blogger, Ruslan Sokolovsky, was also arrested against the same rule for playing the famous mobile game, Pokemon GO, in a church in Ekaterinburg. Recently, an OnlyFans star also became infamous for flashing her breasts near the St Basil’s Cathedral. Although, Bunny had issued public apology after public outrage for her stunt, she still faces possibility of prosecution in the case.

However, the couple, Bobiev and Akimova, have been sentenced to 10-month prison sentence.