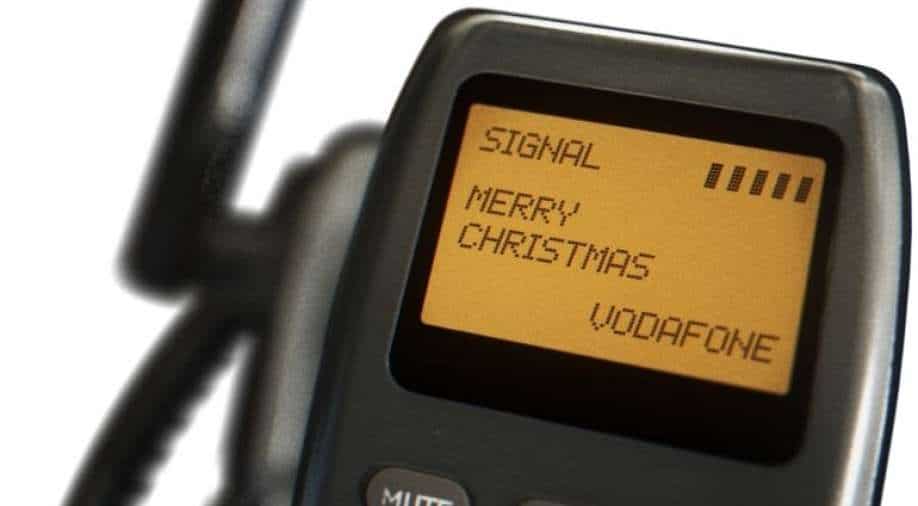 The very first SMS in the world was sent in the Vodafone network almost three decades ago. (Picture courtesy: vodafone.de) Photograph:( Twitter )

The SMS will be auctioned as a so-called Non-Fungible Token ("NFT") in a unique auction organized by the auction house Aguttes in France. The buyer, who can also pay with the crypto currency Ether, acquires the exclusive possession of a detailed and unique replica of the original communication protocol with which the first SMS in the world was transmitted.

The world's first SMS is being auctioned off by Vodafone.

It was sent via the Vodafone network on December 3, 1992, and was received by Vodafone employee Richard Jarvis during a Christmas celebration 29 years ago.

"Merry Christmas," it says in 15 letters.

In a one-of-a-kind sale staged by Aguttes Auction House in France, the SMS is auctioned as a Non-Fungible Token ("NFT").

The buyer, who will be able to pay in Ether, will get exclusive ownership of a detailed and one-of-a-kind replica of the original communication protocol that sent the world's first SMS.

The revenues from the sale will be donated to UNHCR, the UN Refugee Agency, to help persons who have been forcefully displaced.

More than $200,000 is expected to be paid for a digital replica of the world's first SMS. 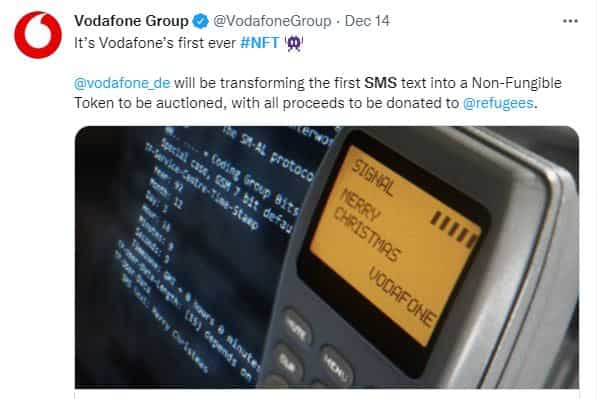 Non-fungible tokens are a digitised method of keeping collectible unique commodities such as pieces of art, which have become more popular around the world.

The majority of NFTs incorporate digital artwork in the form of images, videos, GIFs, and music.

Anything digital may theoretically be converted to an NFT.