Wikipedia co-founder sells NFT of first ever edit made on its site for $750,000 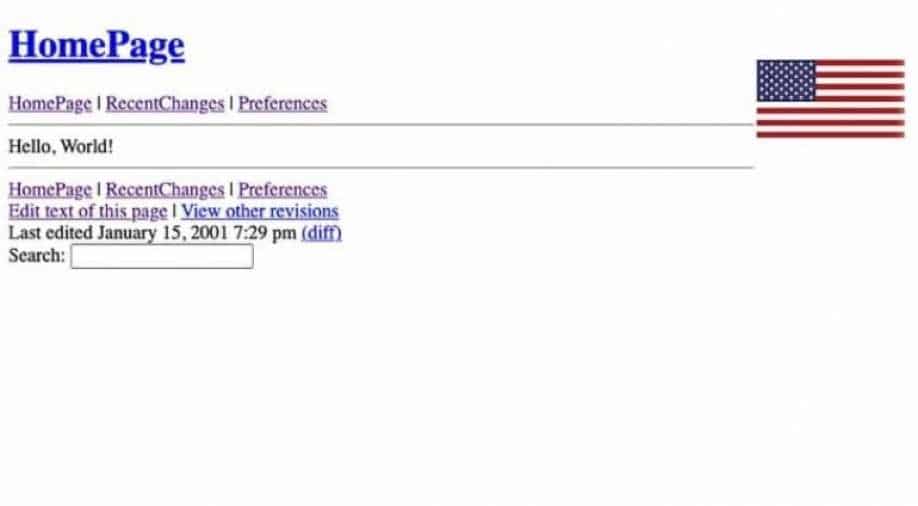 The NFT, sold at an auction at Christie's, immortalised the words 'Hello, World!' typed by Wales after launching Wikipedia 20 years ago

Wikipedia co-founder Jimmy Wales has sold the non-fungible token (NFT) of the first ever edit made on its site for $750,000.

The NFT, sold at an auction at Christie's, immortalised the words ''Hello, World!'' typed by Wales after launching Wikipedia 20 years ago.

An NFT is a digital asset that exists on a blockchain, a record of transactions kept on networked computers.

The blockchain serves as a public ledger, allowing anyone to verify the NFT's authenticity and who owns it.

Wales also auctioned the computer he used when programming the platform, which was a Strawberry iMac, for $187,500.

Before the sale, he said "It was very, very academic and it failed because it wasn't really any fun for volunteers, it was too rigid."

"And I hope people respond to that, to really think back: this isn't the mature Wikipedia, this was Jimmy's crazy idea on a funny January morning, which I think is kind of spectacular to think about."

Part of the proceeds from the sales will help fund Wales's WT.Social project, a "non-toxic alternative" social media network that uses an advertising-free model.

The first tweet by former Twitter CEO Jack Dorsey, "just setting up my twttr," sold for $2.9 million as an NFT in March.

NFTs are seen as a way to have possessions in online and virtual environments, which can communicate social status and personal taste – for some people, it is the digital equivalent of buying an expensive pair of sneakers.

Traded since around 2017, NFTs surged in popularity in early 2021. On the biggest NFT marketplace, OpenSea, there were $2.6 billion of sales in October this year, a massive increase from the $4.8 million in October 2020.