Why conspiracy theories are so addictive right now 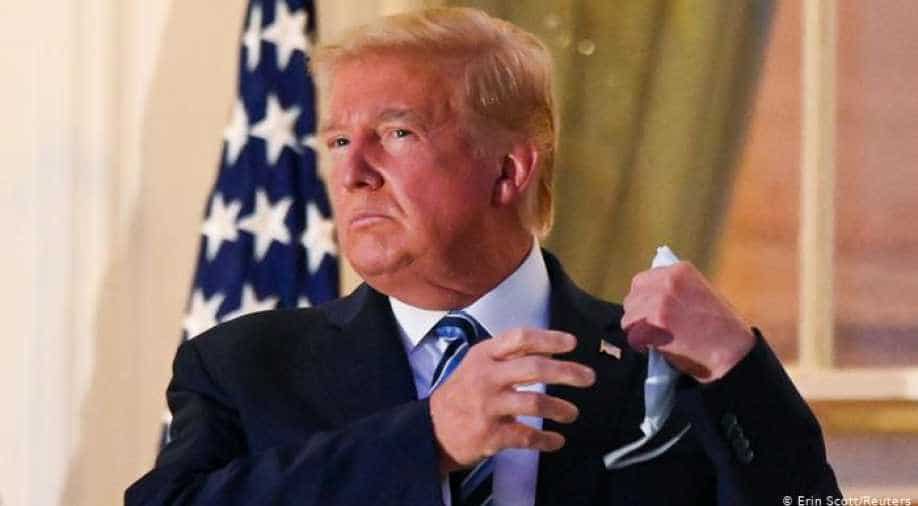 Zignal Labs, a firm that tracks online misinformation, said that the theory that Trump had faked his illness had been mentioned more than 85,000 times on social media

The other night, as President Donald Trump convalesced at Walter Reed, I took a spin through social media to see the latest news on his health.

Instead, what I found were a bunch of paranoid partisans posting grainy, zoomed-in photos, analyzing video footage frame by frame, and people straining to connect the dots on far-fetched conspiracy theories involving a cabal of nefarious elites staging an elaborate cover-up.

No, I didn’t stumble into a room for QAnon, the pro-Trump conspiracy theory. In fact, many of the people sharing bogus and unverified claims on my feeds were die-hard Democrats. Some of them were speculating, with no evidence, that Trump was faking his bout with COVID-19 to engender sympathy and boost his reelection chances. Others claimed that Trump had died and been replaced by a body double (nope), that he had gotten a secret vaccine from Russia and was quarantining until it took effect (also nope) or that he had deliberately contracted the disease to distract the public from a New York Times article about his taxes (creative, but doubtful).

None of these theories passed the smell test, but they were retweeted and shared thousands of times anyway. Zignal Labs, a firm that tracks online misinformation, said that the theory that Trump had faked his illness had been mentioned more than 85,000 times on social media and that the hashtag #TrumpCovidHoax, which trended on Twitter in the United States, had been mentioned more than 75,000 times.

To be clear, none of the rumormongering I saw from the left was comparable to a dangerous extremist movement like QAnon, which alleges that the world is controlled by a cabal of satanic pedophiles led by prominent Democrats. And it’s understandable that people would question the official narrative of Trump’s illness. Presidents have a long history of hiding their health problems from the public, and the barrage of conflicting, confusing and dishonest information emanating from Trump and his medical team this week has made it hard to take their claims at face value.

But it is notable how easily the conspiracist’s creed — that the official narrative is always a lie, and that the truth is out there for those willing to dig for it themselves — has penetrated our national psyche. After Trump tested positive for COVID-19 last week, social media sleuths raced to dissect every statement, tweet and photograph that might reveal clues about his real condition. (Is that lump in his jacket a hidden oxygen tank? Was that video edited to remove a telltale cough?)

Unsatisfied with the official explanations given by Trump’s doctors, they sought out their own sources, like the TikTok account of Claudia Conway, the 15-year-old daughter of the former presidential adviser Kellyanne Conway, who offered a grimmer prognosis.

And when the president did emerge from Walter Reed, armchair pulmonologists pored over his homecoming video as if it were a modern-day Zapruder film, looking for evidence that he was still in dire shape.

Trump’s hospitalization — a high-stakes medical drama starring a president who is known to exaggerate his own health — made for perfect conspiracy theory fodder. And according to several experts I talked to, the lack of reliable information coming from Trump administration officials made speculation about a cover-up inevitable.

“Conspiracy theorists love a vacuum,” said Kathryn Olmsted, a professor of history at the University of California, Davis, who has studied the history of conspiracy theories. “If they’re not getting answers, they’re going to come up with their own.”

Some of what’s happening is related to the dynamics of social media platforms, which favor bold, engaging claims over dry and careful ones. But there seems to be something else happening, too — a force that is pulling us all toward conspiracy theories these days, no matter our political persuasion.

On Tuesday, Facebook officially banned the QAnon movement from its services, labeling it a “militarized social movement.” The purge was good news for those of us who have watched QAnon morph from a fringe message board stunt to a dangerous quasi-religion that organizes mass harassment campaigns, spreads life-threatening misinformation and threatens its enemies with violence.

But while QAnon may be a singularly dangerous movement, the reflexive paranoia and rejection of authority it represents is not an isolated phenomenon, or one that is limited to far-right extremists.

On Monday, as I watched a video clip of the president standing on a White House balcony, I was struck by the realization that virtually no one was simply accepting the scene at face value. Democrats were theorizing about what secret maladies he was trying to cover up. Republicans were speculating about what signals he was trying to send to his political opponents. Everyone was “doing their own research,” and looking behind the curtain for the real story. There was no text, only subtext.

I thought of Martin Gurri, a media theorist whose work I find provocative, even if I disagree with some of his conclusions. In his book “The Revolt of the Public,” Gurri writes that social media, and the internet more broadly, have eroded the authority of long-standing mass-media gatekeepers — like the newspaper you’re reading right now — and replaced it with “vital communities” of digital insurgents who are united around shared interests.

These groups, Gurri writes, develop their own sources of authority. For one group, a phalanx of white-coated doctors standing outside Walter Reed might seem authoritative. For another group, a teenage girl’s TikTok feed or a QAnon believer’s YouTube channel might hold more sway. Every group creates its own evidentiary standards, and processes information in its own way. There is no “consensus reality” they can all agree to because the idea of a single, shared reality was an artifact of the 20th century, when most people got information from a handful of big mainstream sources.

I called Gurri, who told me that he wasn’t surprised that people were turning to conspiracy theories about Trump’s illness. Uncertainty always breeds distrust, and in the age of social media, he said, authority is held by people who can effectively get their message out — even if those messages are false or misleading.

“Dissemination is validation,” he said. “If you can concoct something that travels on the web, then you’re on the same plane as any expert in the world.”

Gurri, a former CIA analyst, is skeptical that we will ever return to accepting information handed to us by elites at face value. There’s simply too much information now, traveling over too many channels, for people on any side to be satisfied with a single, straightforward answer to any question — whether it’s about the president’s blood oxygen levels, an imaginary pedophile cabal or something else entirely.

I don’t think, as some of Gurri’s fans in Silicon Valley do, that authority and expertise are relics of a bygone age, and I don’t think we should let social media platforms off the hook for amplifying lies and propaganda. But as I look around my feeds this week, it’s hard not to wonder if he’s right that the internet — and the erosion of authority it has enabled — has made conspiracy theorists of us all.

“This is not Trump,” Gurri said. “This is structural, and even if Trump loses in November, it’s going to continue.”