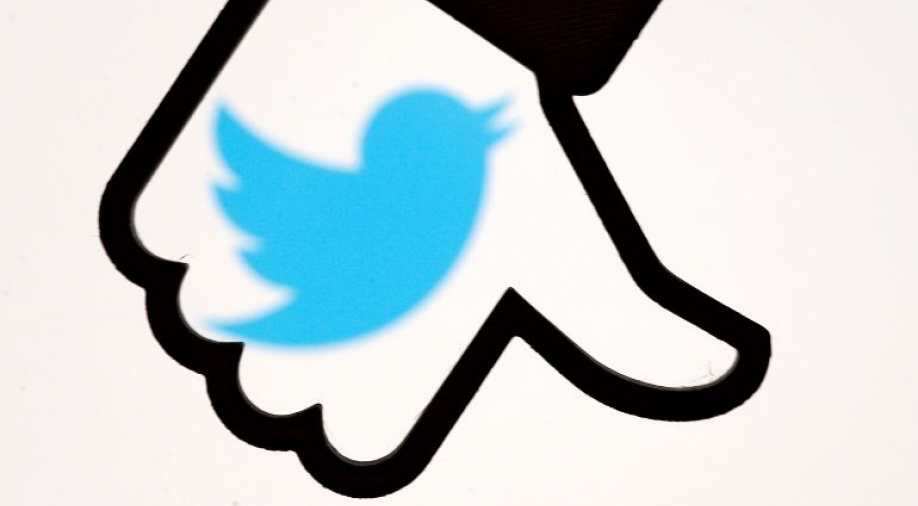 File photo: A 3D-printed Facebook dislike button is seen in front of a displayed Twitter logo in this illustration. Photograph:( Reuters )

Twitter is reportedly “exploring” a dislike button, or some sort of mechanism involving downvoting.

Twitter is reportedly “exploring” a dislike button, or some sort of mechanism involving downvoting.  Recently, the company rolled out its “Fleets” feature after testing it across India and other markets.

The company’s product lead Kayvon Beykpour, while responding to a tweet suggesting an array of features said that their team is “exploring” the idea of a downvote or dislike button.

However, it’s important to note that Twitter experiments with a lot of features that are not always launched for public use.

A user had pointed to Beykpour how Twitter’s development priorities ought to lie elsewhere after the release of Instagram Stories-like Fleets feature was rolled out globally.

Instead of feature development how about you focus on the following REAL PROBLEMS instead:

The user assessed Twitter’s role in content moderation on the platform and urged for efforts to limit “coordinated inauthentic behavior”, “harassment”, and the spread of “disinformation”. Singh also added the need for a dislike button on the list.

#1, 2 and 4 are literally our top priority (making the public conversation on Twitter) and has been for years. We’ve made a lot of progress but still lots to do. We do feel it’s important to solve other problems too! As for #3, this is something we’re exploring.

“This is something we're exploring”, Beykpour wrote

Recently, the company also made changes to its retweet mechanism, which confused many users.