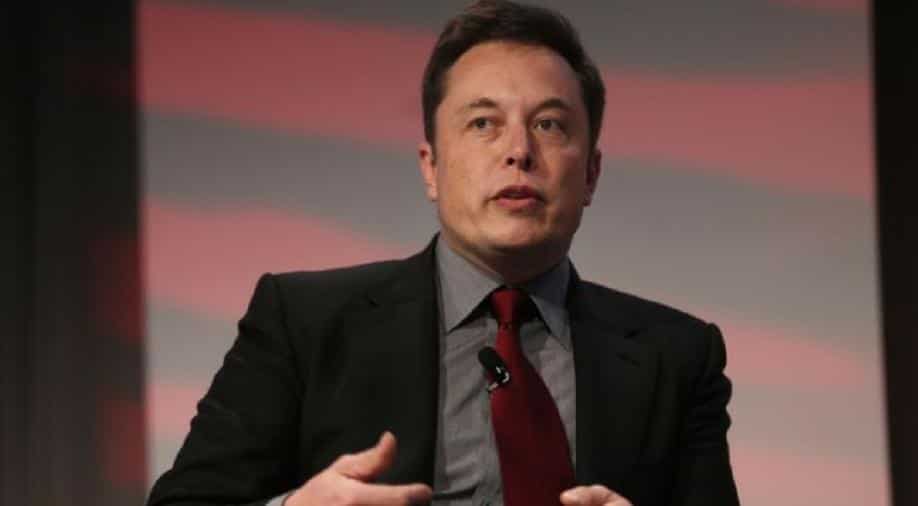 Co-founded by Tesla Inc and SpaceX CEO Musk in 2016, San Francisco Bay Area-based Neuralink aims to implant wireless brain-computer interfaces that include thousands of electrodes in the most complex human organ to help cure neurological conditions like Alzheimer's, dementia and spinal cord injuries and ultimately fuse humankind with artificial intelligence.

Co-founded by Tesla Inc and SpaceX CEO Musk in 2016, San Francisco Bay Area-based Neuralink aims to implant wireless brain-computer interfaces that include thousands of electrodes in the most complex human organ to help cure neurological conditions like Alzheimer's, dementia and spinal cord injuries and ultimately fuse humankind with artificial intelligence.

While the touted benefits of the company's brain-machine interface range from providing anxiety relief to helping paralysed people control devices, the more immediate goal of the company appears to be allowing people to control their phones and computers with chips that can be implanted on brain. 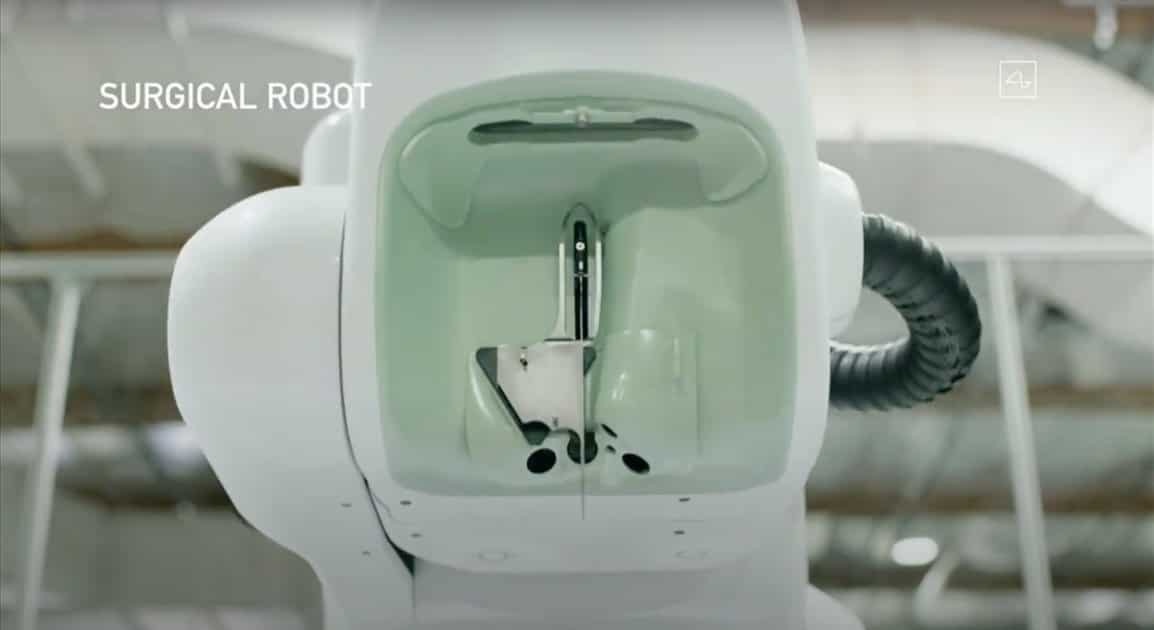 In picture: V2 of the Neuralink brain-machine interface surgery bot

"An implantable device can actually solve these problems," Musk said on a webcast Friday, mentioning ailments such as memory loss, hearing loss, depression and insomnia. 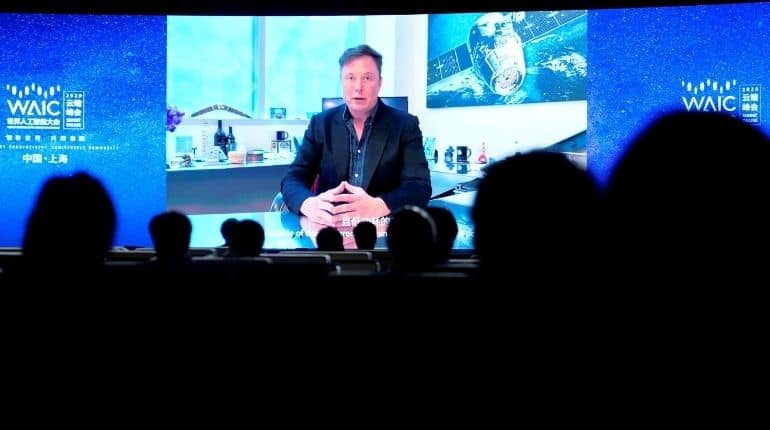 In picture: Tesla Inc Chief Executive Officer Elon Musk is seen on a screen during a video message

"Live webcast of working @Neuralink device," Musk said in tweet, adding that it will take place on Friday.

Musk did not provide a timeline for those treatments, appearing to retreat from earlier statements that human trials would begin by the end of this year. Neuralink's first clinical trials with a small number of human patients would be aimed at treating paralysis or paraplegia, the company's head surgeon Dr. Matthew MacDougall said.

Neuroscientists unaffiliated with the company said the presentation indicated that Neuralink had made great strides but cautioned that longer studies were needed.

Musk presented what he described as the "three little pigs demo." Gertrude, the pig with a Neuralink implant in the part of its brain that controls the snout, required some coaxing by Musk to appear on camera, but eventually began eating off of a stool and sniffing straw, triggering spikes on a graph tracking the animal's neural activity.

Musk said the company had three pigs with two implants each, and also revealed a pig that previously had an implant. They were "healthy, happy and indistinguishable from a normal pig," Musk said. Musk said the company predicted a pig's limb movement during a treadmill run at "high accuracy" using implant data.

Musk is soon expected to announce human trials for the technology that has been successful on mice and even apes.

"Will show neurons firing in real-time on August 28th. The matrix in the matrix," Musk tweeted last month.

The Tesla and SpaceX CEO also claimed that a new Neuralink chip will allow users to hear sounds that previously were impossible to human ears.

He confirmed the new feature last month over an exchange with a Twitter user who asked: "If we implement Neuralink - can we listen to music directly from our chips? Great feature." Musk replied with a simple, "yes".

Musk founded Neuralink in 2016 but has only held one major public presentation so far.

The Silicon Valley entrepreneur's  net worth topped $100 billion on Friday, according to the Forbes real-time billionaires list, as the shares of electric-car maker Tesla Inc see a more than five-fold surge in value this year.

Tesla Inc's factory in Nevada was a target of a "serious" cybersecurity attack according to a media report that claimed an employee of the company helped the Federal Bureau of Investigation(FBI) thwart the attack.