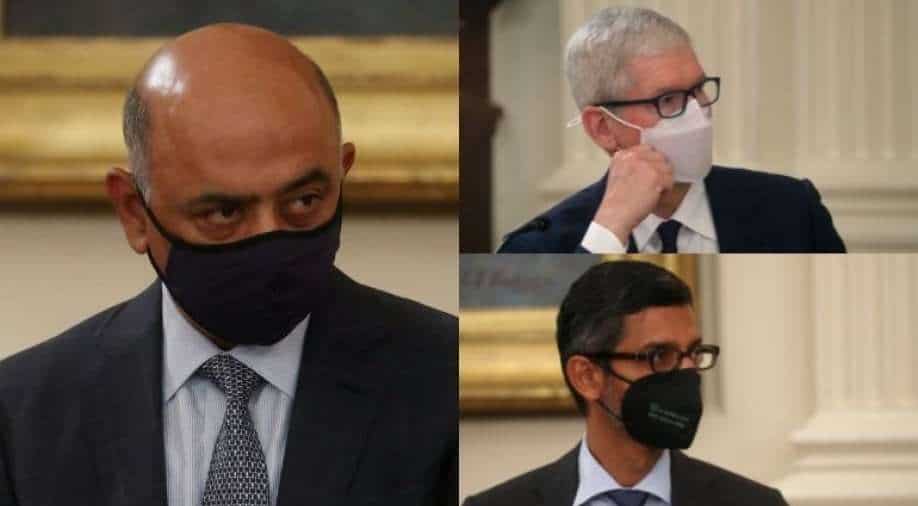 Microsoft said it will invest $20 billion over five years, a four-fold increase from current rates, to speed up its cyber security work

Tech giants have announced an investment of billions of dollars to strengthen cybersecurity defenses and to train skilled workers.

It comes after the White House asked Big Tech, the finance industry, and key infrastructure companies to do more to tackle the growing cybersecurity threat in a meeting with President Joe Biden and members of his cabinet.

“The reality is most of our critical infrastructure is owned and operated by the private sector, and the federal government can’t meet this challenge alone,” Biden said.

"The federal government can't meet this challenge alone," Biden told the masked executives, all seated at tables in the East Room.

Cybersecurity has risen to the top of the agenda for the Biden administration after a series of high-profile attacks on network management company SolarWinds Corp, the Colonial Pipeline company, meat processing company JBS and software firm Kaseya.

Biden touched on ransomware attacks and said he had pressed Russian President Vladimir Putin to hold people responsible for attacks when he met him earlier this year.

Microsoft said it will invest $20 billion over five years, a four-fold increase from current rates, to speed up its cyber security work.

It will make available $150 million in technical services to help federal, state, and local governments to help keep their security systems up to date.

The meeting comes as Congress weighs legislation concerning data breach notification laws and cybersecurity insurance industry regulation, historically viewed as two of the most consequential policy areas within the field.