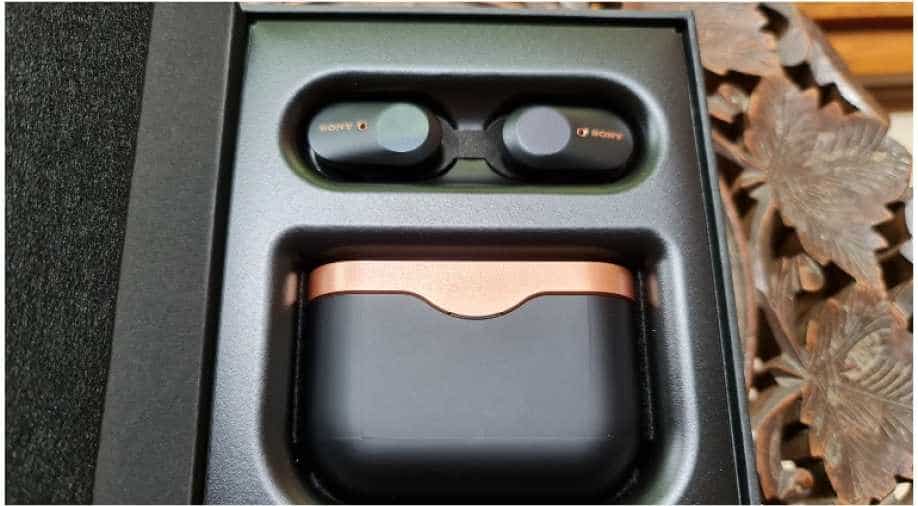 It was not long ago when the Apple AirPods were the only pair of truly wireless earphones on the market. In 2020, the floodgates have been unleashed. Every manufacturer and their uncle is releasing TWS earbuds across different price brackets.

It’s not every day that you’re genuinely excited about a product that has just been announced in India. I had first heard about the Sony WF-1000XM3 TWS earbuds months ago when many of my colleagues had travelled abroad for an event. They picked up these earphones on their way back and have been raving about them ever since.

Sony has launched these TWS earbuds in the Indian market a year after they were released in the USA. As the saying goes though, “better late than never”.

Let me tell you why.

It was not long ago when the Apple AirPods were the only pair of truly wireless earphones on the market. In 2020, the floodgates have been unleashed. Every manufacturer and their uncle is releasing TWS earbuds across different price brackets.

Sony recently unveiled the WF-XB700 and WF-SP800N models and those were very well-received by the media and consumers. Now, the top-of-the-line - WF-1000XM3 - goes head-to-head with the Apple AirPods Pro, Samsung Galaxy Buds Live, Jabra Elite 75t, Sennheiser Momentum True Wireless 2 and others. Priced at Rs 19,990, the terribly named WF-1000XM3 from Sony are on the upper range.

Fortunately, though, the TWS earbuds from Sony have a lot going for them.

The one thing you notice right out of the box is the elegance that the case and earbuds carry. The copper and black dual-tone finish are premium through and through. The case does seem bulkier than the competition. It becomes understandable when you take the earbuds out of the case. They are larger than you’d think compared to the competition. Surprisingly, they weigh just 8.5g each and, once you find a comfortable fit, they are good to wear for hours on end.

Finding that comfortable fit though is the problem. I went through all different eartips (there are seven different sizes in the box) and tried to twist and turn the earbuds in my ear.

The earbuds come with what Sony calls a ‘tri-hold structure’, leaning upon three key parts of the ear. This is supposed to be for a better fit. Nonetheless, after fiddling with them for a couple of days, I got a fit that was comfortable enough for hours on end. Luckily, after finding the right fit, these earbuds never seem to want to fall out. Even during an intense workout.

One downside is the fact that the case is chunkier than most of the competitors’ cases. The case also doesn’t have an LED indicator for battery level. The case also lacks wireless charging, which is a strange omission for TWS earbuds at this price.

The earbuds also lack any IP rating and hence they aren’t sweat/water resistance. Another thing to note if you’re going to use these while jogging or going to the gym daily.

With my gripes out of the way, let me just tell you that the WF-1000XM3 earbuds sound exceptionally good. Thanks to the HD Noise Cancelling Processor QN1e chip and Dual Noise Sensor Technology, Sony leads the way in active noise-cancellation (ANC). No competitor comes close.

The QN1e chip also allows for better battery life, which I’ll get to in a moment. There may be no aptX HD Bluetooth support but unless you’re a hardcore audiophile, you probably won’t miss is.

No matter what track you play, the balanced audio signature shines across all frequency ranges. The vocals are crisp and the instruments are distinguishable. From Iron Maiden to Bollywood hits and even Hanz Zimmer’s soundtracks, the WF-100XM3 handles every track with aplomb. There is that thumping bass as well for though who like it.

I was surprised by the fact that these tiny earbuds can have such a wide soundstage. It definitely feels like the sound is surrounding you from all sides.

Furthermore, it’s the ANC that shines through and through. While I was walking on the road, the traffic noises were completely blocked out. I even couldn’t hear the people talking loudly next to me.

Call quality was also something that I was impressed with. I could hear people clearly and vice-versa. There was also no lag or any sort of distortion, which is a boon in these times.

Connectivity: Good but not the best

Pairing the earphones is seamless and connecting to the Sony app is even easier. I had no problem stepping dozens of feet away from my device and still hearing the crystal clear sound. The only niggle I had was that the right earbud sometimes got disconnected. I’ve reset the earbuds and there have been no problems in the last day or so. So maybe it was just a temporary problem.

With ANC turned on, I was constantly getting around five and a half hours of battery life. The charging case is good for an additional three full chargers of the earbuds. That’s about sixteen and a half hours in total. Not the best in class but pretty consistently good, I must say.

Verdict: Are these worth the premium price tag?

The only people to whom I’d not recommend these TWS earbuds are those who need it for their ‘active’ lifestyle, namely exercising. For them, the clearcut option is the Jabra Elite Active 75t. Nothing even comes close to those for fitness-oriented earbuds.

For everyone else it is totally worth it. If you can afford to spend Rs 20,000 on a pair of TWS earbuds then don’t look elsewhere. These are much better than the AirPods Pro from Apple.

A little bit lower down the price range one can find the Galaxy Buds Live and Jabra Elite 75t, both excellent in their own respect, but what Sony has, no one else has. That’s a great pair of active noise-cancelling TWS earbuds.