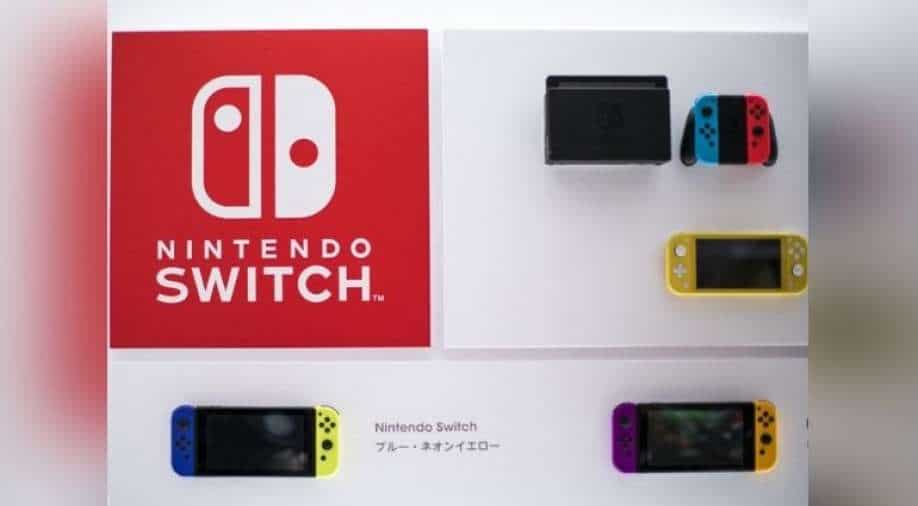 Nintendo Switch systems are displayed at a new Nintendo store during a press preview in Tokyo on November 19, 2019 Photograph:( AFP )

Nintendo on Tuesday announced a fresh take on its highly revered Switch console. We tell you more about the new features, pricing, release date and more

Nintendo is set to launch a new version of its highly-revered Switch video game console. The new version will come with a fresh display and will be priced at $349.99, Nintendo announced on Tuesday.

The company has set October 8 as the release date for its second major Switch upgrade.

What does the new Switch pack?

The new version comes with a 7-inch organic light-emitting diode screen, or in other words, a bright beautiful OLED display. The Switch device is already extremely popular for its functionality and has sold over 85 million units so far.

It’s called Switch for it's a device of its kind. One can use the Nintendo Switch as a handheld gaming device or as a TV console.

Also read: Gaming giant Nintendo will open its first ever museum by 2024! Here's what to expect

Not long ago, the company released a handheld-only version called Switch Lite, which capitalised on Covid-induced lockdowns that forced people into their homes.

But gamers were looking for a more radical switch to the Switch, which is now running into the fifth year of being in the industry.

False hopes among gamers were propelled by multiple unverified reports that were circulating on social media. According to those reports, Nintendo was planning to launch to new Switch with a faster central processor unit (CPU) and a 4K output for TV connections - both of which turned out to be false.

But a strong display is an important buying factor for ardent gamers and the overall device sales are expected to shoot up.

Nintendo is trying to cement its legacy as a game changing game maker! On June 1, Nintendo announced plans to open a museum dedicated to the famous characters who shot to fame over the last three decades. The project, dubbed as “Nintendo Gallery” will open by spring 2024. To create the gallery, Nintendo will repurpose an old factory site in Kyoto where the company is based, AFP reported