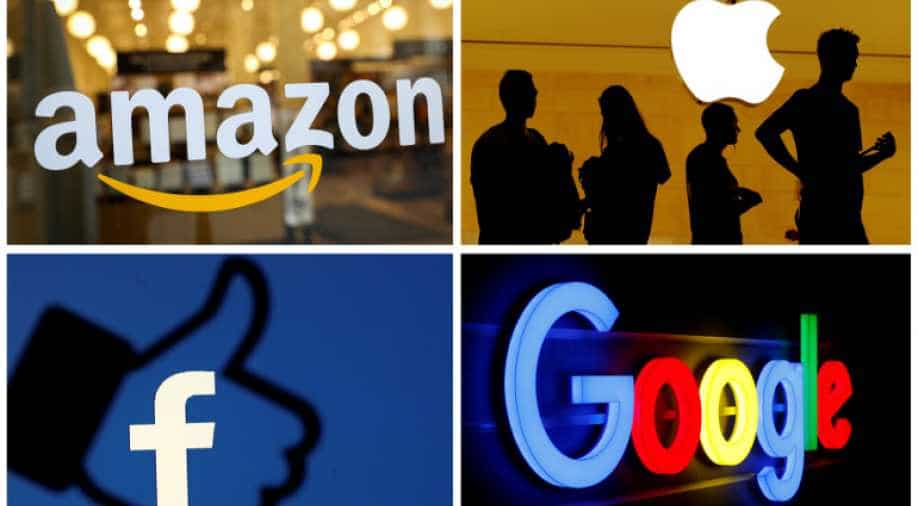 The decisions made by tech giants are largely unaccountable, opaque, and result in sweeping consequences. The dominant platforms effectively serve as private regulators. Here is a look at what action is faced by some of the major Big Tech firms.

Tech companies both large and small have found themselves dependent on the arbitrary whim of Big Tech, one algorithm tweak away from ruin.

The decisions made by tech giants are largely unaccountable, opaque, and result in sweeping consequences, the dominant platforms effectively serve as private regulators.

To break up their monopoly, regulatory battles have broken out across the world to curb the rising influence and diminishing responsibility of these tech giants.

They are facing the biggest threat from the European Union and the United States Congress, which are introducing rules that will force the companies to share data with rivals and be more transparent on how they gather information.

Democrats from a US House of Representatives subcommittee issued a report detailing tactics they said four of the biggest technology companies used to gain dominant positioning in online search, advertising, social networking shopping, and other businesses.

AMAZON
Amazon.com Inc sells its own products as well as goods from independent merchants on a single platform. The Congressional report alleged that Amazon has "monopoly power" over many of these merchants, which "do not have a viable alternative to Amazon for reaching online consumers."

US Senator Amy Klobuchar said that the company needs to offer more details about how its smart-home devices and virtual assistants will support competition and user privacy.

The House Judiciary Committee is all set take up a package of six antitrust bills on Wednesday.

Before the beginning of the session, Amazon's Brian Huseman, vice president of public policy, said the company believed that the bills "would have significant negative effects on the hundreds of thousands of American small- and medium-sized businesses that sell in our store, and tens of millions of consumers who buy products from Amazon."

The Competition Commission of India (CCI) launched an investigation in January last year after a complaint accused Flipkart and Amazon of promoting select sellers on their e-commerce platforms and using deep discounts to stifle competition.

Amazon was accused of favoring big sellers on its India platform – and used them to maneuver around rules meant to protect the country's small retailers from getting crushed by e-commerce giants.

India proposed banning flash sales on e-commerce websites and said their affiliate entities should not be listed as sellers on their platforms, in a proposed tightening of rules that could hit Amazon and Flipkart, owned by Walmart.

APPLE
Apple has a monopoly on distributing software onto the iPhone. Apple used that monopoly power to charge above-market prices to developers in the form of a 30 per cent commission on App Store sales, to exclude rival apps and services, and to misappropriate data from developers and use it to create competing services and features.

A former App Store employee told lawmakers that the App Store costs Apple merely an estimated $100 million per year to run, while it generates billions of dollars in revenue.

Meanwhile, Apple boss Tim Cook took aim on Wednesday at proposed European rules aimed at curbing the power of US tech giants, saying they could pose security and privacy risks to iPhones.

Cook, in his first public comments about the Digital Markets Act (DMA) proposed by EU antitrust chief Margrethe Vestager, said parts of it were good but others were not.

He said he feared the draft rules would lead to more installing of apps that do not come via Apple's App Store, or "side-loading".

"You take an example here where I don't think it's in the best interest (of the user): the current DMA language that is being discussed would force side-loading on the iPhone," the Apple CEO, speaking remotely, said at VivaTech, France´s biggest tech conference.

"And so this would be an ultimate way of getting apps onto the iPhone," he said. "It would destroy the security of the iPhone, and a lot of the privacy initiatives that we've built into the App Store or the privacy intrusion labels and app-tracking transparency," he added.

Earlier this month, EU lawmaker Andreas Schwab, who is leading the European Parliament scrutiny of the draft rules, said he wanted to beef up the legislation and narrow its scope to just big companies like Google Amazon, Apple, and Facebook.

Apple would take part in the debate and try to find a way forward, Cook said.

Facebook secured its dominance in that highly concentrated market by identifying nascent rivals and copying, acquiring or killing them off before they could mature into competitive threats, the US Congressional report said.

The company’s two biggest acquisitions, of Instagram and WhatsApp, fit that pattern. The US report also accused Facebook of selectively enforcing its platform policies to defuse a threat from video-sharing app Vine, which Twitter shut down in 2016.

Regulatory experts stopped short of recommending a breakup of Facebook, but propose boosting the budgets of antitrust enforcers and allowing them more leeway to stop companies from purchasing would-be rivals.

GOOGLE
Google has used restrictive customer and partner contracts and other means to ensure its own services are favored over those of competitors in search, phone and tablet software, advertising technology, and mapping technology.

For instance, the House Judiciary Committee found in internal Google documents that top executives such as now-Chief Executive Sundar Pichai approved stiff-arming partners to make sure Google search, in the company’s own words, was “front and centre” on mobile devices.

When one hardware manufacturer in 2014 complained about its devices being overloaded with required Google apps, the search giant blamed it for not making gadgets with more memory.

The US Congress is planning to pass nondiscrimination and bargaining laws requiring big service providers such as Google to provide fair access to their systems.

Such a rule could give a leg-up to device makers, ad tech companies, and app developers that want to shift from Google tools.

Also in the US, reports emerged that a group of state attorneys general may file a lawsuit against Alphabet Inc's Google as early as next week, accusing the search and advertising giant of violating antitrust law in running Google Play, its mobile app store.

The European Commission, meanwhile, is investigating whether Google distorts competition by restricting third party access to user data for advertising purposes on websites and apps, while reserving such data for its own use.

"We are concerned that Google has made it harder for rival online advertising services to compete in the so-called ad tech stack," European Competition Commissioner Margrethe Vestager said in a statement.

About 1.6 million views on YouTube out of every 1 billion are of a video that violates its content policies, about even a year ago, the streaming service owned by Alphabet Inc’s Google said in a new disclosure.

The “violative view rate” (VVR) has dropped over 70 per cent since it was first tracked in the fourth quarter of 2017, YouTube said, and demonstrates its progress in blocking hate speech and other videos it considers dangerous before they go viral.

Critics have said inadequate policing by YouTube and other social media companies enables false and hateful rhetoric to spread, fomenting deadly violence such as the US Capitol attack in January.

YouTube’s VVR was steady over the last six quarters measured, according to the new data, which run through 2020.

Jennifer O’Connor, a product director at YouTube, told reporters that she hoped releasing the estimate each quarter “continues to hold us accountable.”

She said the rate, like other enforcement data YouTube releases, could fluctuate as its technology, rules and users evolve. For instance, YouTube removed nearly 171,000 channels for hate speech in the fourth quarter, three times more than the preceding period. It attributed the jump to improved detection technology.

The VVR comprises all policy violations and is derived from a sampling of videos. It does not include comments on videos.