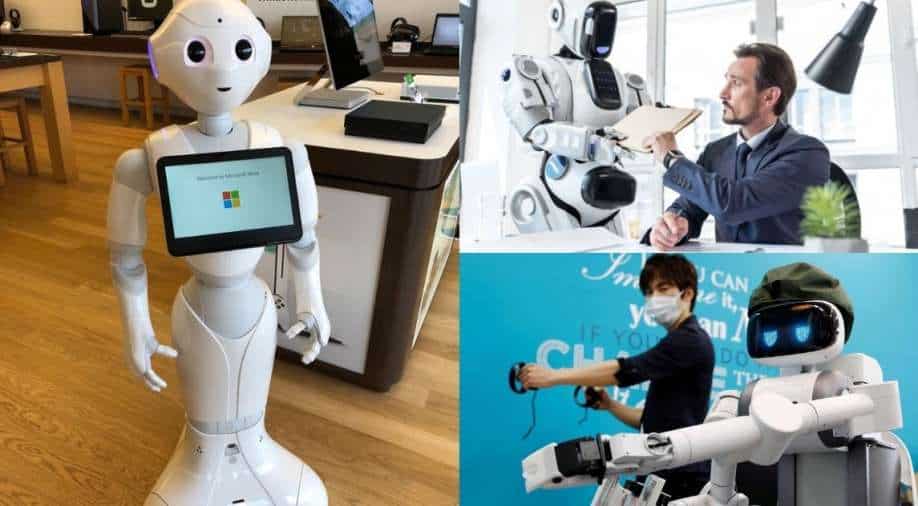 Jobs under threat due to the intervention of robots and artificial intelligence Photograph:( Agencies )

Intrinsic develops software tools designed to make industrial robots that can be used to make everything from solar panels to cars and has been incubating its technology at Google's research unit, X, for over five years

Google's parent Alphabet unveiled a new "moonshot" project to develop software for robotics which could be used in a wide range of industries.

To expand beyond its main search and advertising business, Google in 2015 established Alphabet as a holding company overseeing various "other bets", ranging from its autonomous vehicle unit to helium balloons that provide solar-powered internet services in remote areas.

Intrinsic develops software tools designed to make industrial robots that can be used to make everything from solar panels to cars and has been incubating its technology at Google's research unit, X, for over five years.

The new unit, dubbed Intrinsic, will "become an independent Alphabet company," and seek industrial partners to advance their work helping to make everything from solar panels to cars, the new unit's chief, Wendy Tan-White, said in a blog post.

"Intrinsic is working to unlock the creative and economic potential of industrial robotics for millions more businesses, entrepreneurs, and developers," she said.

"We're developing software tools designed to make industrial robots ... easier to use, less costly and more flexible, so that more people can use them to make new products, businesses and services."

"We are currently looking for partners in the automotive, electronics, and health care industries who are already using industrial robotics and want to learn together," said Tan-White, who founded the website-building platform Moonfruit.

Intrinsic also may help "support a shift towards a more sustainable and equitable way" of manufacturing by facilitating low-cost production, she said.

"Currently only 10 countries manufacture 70 percent of the world's goods," she said. "This means most things are made far away from their end consumers, which drives  global transport emissions, and many countries and businesses miss out on economic opportunities."

Known as Alphabet's "Moonshot Factory", X is a research and development unit that acts as a nursery for the company's many offshoot projects, such as Waymo, Wing, Makani, Loon and others, helping them take root as viable separate entities.