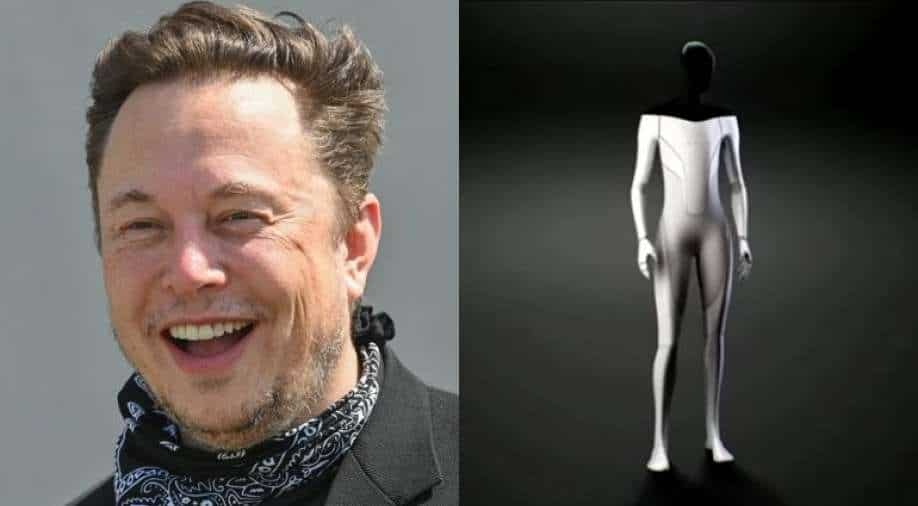 The robot with a human-like appearance would carry out the work people like to do least, with 'profound implications for the economy,' Musk said at the company's AI Day event

Billionaire Elon Musk has announced that Tesla is working on a humanoid robot called "Tesla Bot" that uses artificial intelligence and will launch the prototype in 2022.

Join us to build the future of AI → https://t.co/Gdd4MNet6q pic.twitter.com/86cXMVnJ59

It comes after the US safety officials opened a preliminary investigation into Tesla's Autopilot after identifying 11 crashes involving the driver assistance system.

Speaking at Tesla's AI Day event, the billionaire entrepreneur said the robot, which stands around five foot eight inches tall, would be able to handle jobs from attaching bolts to cars with a wrench, or picking up groceries at stores.

The robot would have "profound implications for the economy," Musk said, addressing a labour shortage. He said it was important to make the machine not "super-expensive."

for its high-speed computer, Dojo, to help develop its automated driving system. Musk said Dojo would be operational next year.

He said Tesla will also introduce new hardware for its self-driving computer for its Cybertruck electric pick-up truck in "about a year or so."

Musk has a history of skirmishing with regulators, but the controversies have had little effect on Tesla's ascendance over the last year and a half as the company has hit key production targets.

His achievement in building Tesla from a fledgling startup into a pacesetter in the electric car market stands out as a success as other electric auto startups like Lordstown Motors and Nikola have stumbled.

At the same time, Musk has sparked blowback from critics as he pushed or flouted the rules on everything from his use of social media to discuss Tesla's operations to his response to Covid-19 health protocols required by local authorities near the California plant.