As Microsoft announces new Windows OS, let us take a look at previous versions of Windows 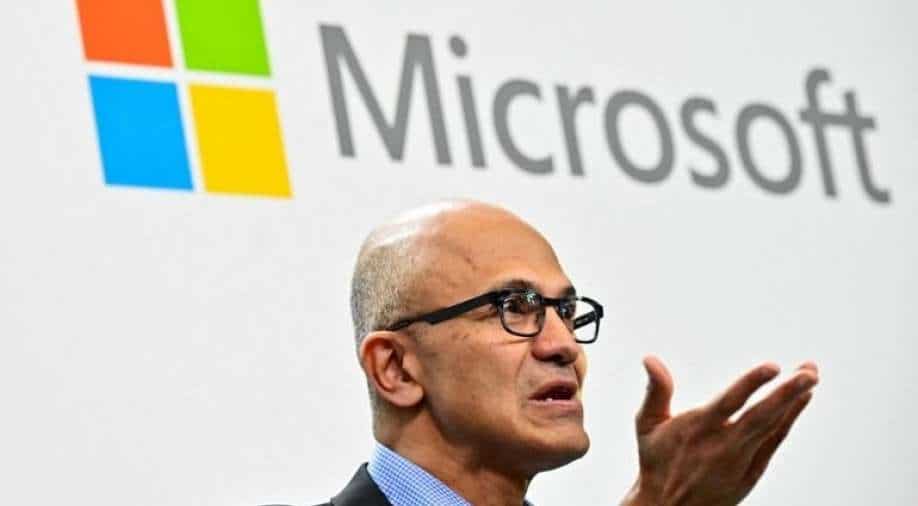 Microsoft built its empire on software such as Windows and Office, licensed to computer makers or sold in packages for installation on machines in homes or workplaces

Now, Windows is getting a revamp, likely to be named Windows 11.

It comes after the company named Chief Executive Satya Nadella as chair of its board, strengthening his grip on a pioneering US technology company he rejuvenated for a new age.

Microsoft built its empire on software such as Windows and Office, licensed to computer makers or sold in packages for installation on machines in homes or workplaces.

Under Nadella, Microsoft has put more focus on renting software and services hosted at data centres in the computing cloud, bulking up its Azure platform.

The era of the personal computer was rocked by the rise of smartphones and tablets but saw a revival of sorts during the pandemic as people geared up homes for remote work, school, and play.

Upgrading to a new Windows OS is always filled with questions, like which version of Windows is for me? How much does it cost? Should I even bother upgrading at all?

Here is a brief summary of the various versions of Windows:

Windows 10 S is a streamlined version of Microsoft Corp's popular operating system, geared toward low-cost laptops for students as it tried to take share from Google’s Chrome OS-run computers. The company said the Surface laptop integrated with Windows 10 S is priced from $999

It is compatible on mobiles and desktops, has a simple login app that allows schools to create logs on any devices in a few moments.

Windows 10 fixed most of the issues with Windows 8 and improves on Windows 7, Microsoft’s most popular OS in recent years.

It was equipped with 'Cortana', a digital assistant similar to Apple Inc's Siri and Google Inc's Now.

The launch was seen as critical for the company, particularly after the poor response to Windows 8, an ambitious redesign that confused many users by ditching the start button menu and introducing a new layout.

Windows 8 was designed as a flexible new system that would work equally well on desktops PCs and touchscreen tablets, but it ended up alienating many traditional users, while the company’s Surface tablet has not won over many Apple Inc iPad users.

More worryingly for Microsoft, the number of people actually using Windows 8 is persistently low. While many businesses technically have purchased Windows 8 licenses, few have installed the system on office machines.

It had user-friendly features, such as a new taskbar that previews all the open windows from a single application by hovering over the program’s icon.

The company also adopted a ‘simple is better’ philosophy, looking to remove complexity from an operating system that incorporated 50 million lines of programming code in Vista.

When Vista was released, it was clear that most users were going to need a new system to handle the OS.

Any Windows user knows you have to watch out for viruses, spyware, and worms, but Vista’s security features were widely panned for being annoying.

Windows Vista was so heavily criticized due to poor compatibility with devices and slow start speeds that it became the target of an effective marketing campaign by rival Apple Inc.

Microsoft Windows XP was introduced in 2001, addressed many issues of its predecessor, and added a number of other improvements as well. The name "XP" is short for "eXPerience", highlighting the enhanced user experience.

Windows XP was the first Windows NT kernel-based OS designed for both the business and general consumer markets, and are much more stable than the Windows 9x line of OS' due to the improved codebase (heavily based on Windows 2000). It was also the first version of Windows to implement product activation to prevent piracy.

Also known as Windows 2k, Windows 2000 is an operating system first released by Microsoft in February 2000.

Code-named Janus during development, Windows 2000 is based on the Windows NT kernel and is sometimes referred to as Windows NT 5.0. Windows 2000 contains over 29 million lines of code, mainly written in C++ with over 8 million of those lines written for drivers. Windows 2000 is by far one of the largest commercial projects ever built.

It the second major release in the Windows 9x line of operating systems. It heavily relied on the HTML language.

Most of the improvements are cosmetic or designed to improve the user experience, but there are a handful of features that enhance system functionality and capabilities. These include improved USB support and accessibility, as well as support for hardware advancements such as DVD players. It was the first Windows operating system to adopt the Windows Driver Model.

Windows 95 integrated Microsoft's formerly separate MS-DOS and Windows products. It featured significant improvements over its predecessor, Windows 3.1, most notably in the graphical user interface (GUI) and in its relatively simplified "plug-n-play" features. There were also major changes made at lower levels of the operating system, such as moving from a mainly 16-bit architecture to a pre-emptively multitasked 32-bit architecture.

Upon its debut, this operating system aimed at the general public had a new graphic interface that was relatively easy to use. It was the first foundation stone in the immense Windows edifice to come.

Although it was complicated to use because it operated via command lines, MS-DOS (short for Microsoft Disk Operating System) revolutionized computing as it was integrated into the first personal computers on the market manufactured by IBM. The system just needed to be made more accessible. And that's how Windows was born.

Initially known as Interface Manager, this new operating system was in the end called Windows, a name which describes the computing boxes which are fundamental to it. The project was announced in 1983, but it was two years before it became a reality.