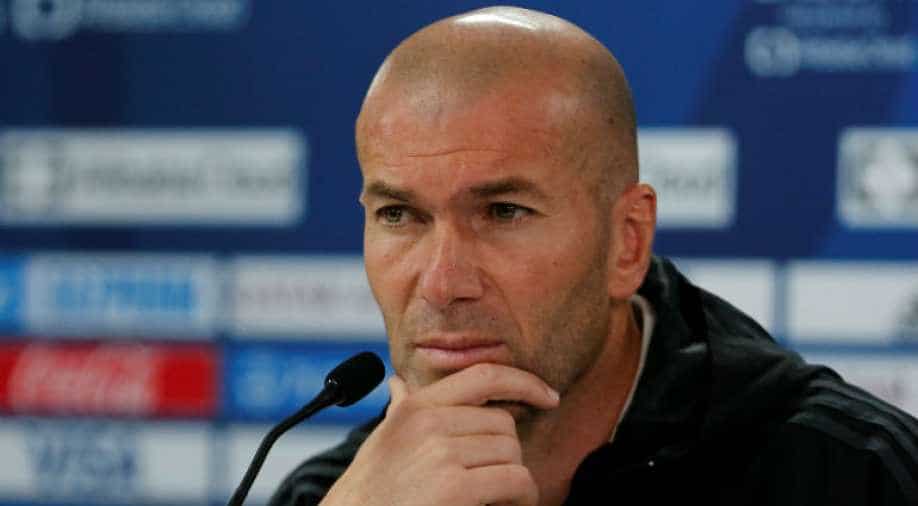 Real Madrid coach Zinedine Zidane hailed Cristiano Ronaldo's gesture when he surrendered the chance for a hat-trick against Alaves. Ronaldo already netted two goals in the match but did not volunteer to take the penalty strike, instead, gave it to teammate Karim Benzema.

In a recent interview, Zizou said, "I was very pleased with the gesture that Cristiano made, it's very important for me. Football is a team game and that was a nice gesture, offering it to Karim."

"I'm happy with the result and how we went about our business. We have to keep this up," he further added.

Had Ronaldo scored from the 89th-minute spot-kick he would also have become only the second player to reach 300 La Liga goals after Lionel Messi - although there is some debate as to whether the Portugal superstar actually reached the milestone with his second goal on Saturday.

Real Madrid, the defending champions, is definitely not having their dream run. Few matches before, even there were speculations that Zinedine Zidane's future as Real's coach is doubtful. Though, it is not justified to blame the former French striker completely as there were other reasons as well for Madrid's poor performance.

Madrid's football depended a lot on the quality of players they had, rather than a philosophy of play. Now the players are not performing, that is a problem. Benzema has found himself facing increasing criticism and pressure during a season which had seen him net only three league goals before yesterday,s match.

The win means Zidane's men have now accumulated 18 points from their last seven games, scoring 30 goals in the process, to turn up the pressure on second-placed Atletico Madrid